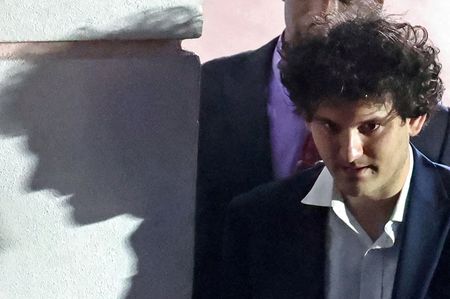 (Reuters) – FTX founder Sam Bankman-Fried was swiftly indicted after the collapse of his crypto empire, but a trial in New York is likely more than a year away as prosecutors build out their case and both sides spar over evidence.

The bare-bones indictment against Bankman-Fried – which could be amended with more details and co-defendants as the case progresses – suggests prosecutors have a long road ahead piecing together what they have described as one of the biggest financial frauds in American history. Pretrial litigation can also be a lengthy process as both sides argue over the admissibility of evidence, what can and cannot be argued at trial, and whether the case should be dismissed.

“A trial is probably 14 to 18 months out,” said Michael Weinstein, a white-collar criminal defense lawyer and former federal prosecutor.

Bankman-Fried has apologized to customers but said he is not guilty of any crime. A representative of the crypto entrepreneur declined to comment.

Bankman-Fried was arrested in the Bahamas on Monday but indicated he would fight extradition to the United States. He is behind bars in a Bahamian correctional center and will not enter a plea until he is arraigned in the United States. His absence keeps potentially years-long pretrial litigation on hold.

Legal experts are doubtful Bankman-Fried will prevail fighting extradition, though he could relent in the coming months after a Bahamian judge denied him bail. Bankman-Fried’s lawyers filed a new bail request on Thursday.

Regardless of where Bankman-Fried is held, prosecutors will spend the coming months poring over evidence and interviewing witnesses before potentially filing a so-called superseding indictment with new details or co-defendants. The limited information in the indictment unveiled on Tuesday suggests there is plenty of work to do, according to legal experts.

“The indictment does not have smoking-gun details like emails and documents that you’re used to seeing in fraud cases,” said Renato Mariotti, a former federal prosecutor with experience in financial fraud cases. “That suggests that they put this together quickly, but they wouldn’t bring high-profile charges like this if they didn’t think they had the goods.”

FTX has been described by its restructuring executive as a chaotic operation that shuffled assets without basic accounting or record-keeping protocols, which will likely complicate prosecutors’ efforts to build out their case further.

Securing the help of former FTX employees who can make sense of the incomplete records could take a long time, especially if negotiations for immunity or plea deals in exchange for cooperation are involved.

“They will need an insider who was part of the decision-making process or was privy to how things worked internally,” Weinstein said.

Williams, the U.S. attorney, on Tuesday pointedly addressed people who may have information about FTX’s downfall.

“If you have not reached out to us to talk to us, I would encourage you to do so, and do so quickly.”