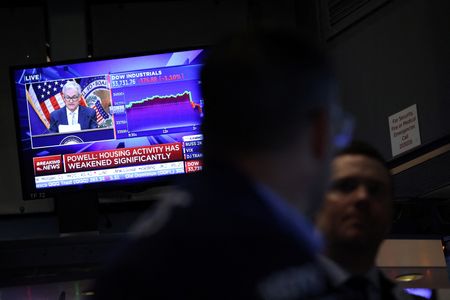 (Reuters) -Global shares slumped on Thursday, while the U.S. dollar gained and Treasury yields ticked down, after major central banks hiked interest rates in their final policy decisions of the year.

A day after the U.S. Federal Reserve said it expected rates to stay higher for longer, U.S. retail sales fell more than expected in November, while the labor market remained tight.

“The rush to buy all risk assets faded fairly quickly as the short-term angst around inflation/disinflation is temporarily tabled and the market starts to look to the future for the next catalyst,” Christian Hoffmann, portfolio manager and managing director at Thornburg Investment Management in Santa Fe, New Mexico, said in an email.

In Europe, the Bank of England (BoE) delivered its ninth straight rate rise and the eighth of 2022, saying even though UK inflation has peaked, it believes more increases will be necessary.

The European Central Bank (ECB) also raised rates by half a percentage point, its fourth successive hike, and outlined plans to shrink its bloated balance sheet from March.

The pound fell by about 2% against the dollar after the BoE’s Monetary Policy Committee voted 6-3 in favour of the half-point rise to 3.50%, highlighting the split among policymakers on how to tackle inflation, wage growth and a slowing economy.

“The extent of the divisions across the committee is an eye-opener,” said Philip Shaw, chief economist at Investec. “While it is normal to see policymakers disagree towards the end of a rate cycle, the split makes it more difficult to predict the extent to which interest rates will rise.”

The dollar, which has lost almost 7% in value in the fourth quarter, gained on the hawkish Fed view and investor risk-aversion, up nearly 1%.

The MSCI All-World index also slumped, down 2.5%, a second straight day of declines. Global stocks have still gained more than 10% this quarter on the assumption that U.S. inflation is subsiding and soon the Fed will indicate it no longer needs to rapidly raise rates.

On Wednesday, the Fed raised the benchmark rate as expected by half a percentage point, down from the recent 75 basis-point increases but also projected a terminal rate above 5%, a level not seen since 2007.

Fed Chair Jerome Powell said the central bank would deliver more rate hikes next year even as the economy slips toward a recession, arguing that a higher cost would be paid if the Fed does not get a firmer grip on inflation.

U.S. Treasury yields, which move inversely to prices, fell on Thursday on the back of weak economic data and despite spiking bond yields in Europe. The yield on 10-year Treasury notes was down 4.9 basis points at 3.454% and the 30-year was down 3.4 basis points at 3.505%.

“Our main message to investors is to be cautious,” James Demmert, chief investment officer at Main Street Research in New York, said. “The Fed is trying to engineer a soft economic landing that in our view has a high likelihood of failing and causing a recession in 2023.”

Crude oil gave back some of the previous session’s 2.5% rally that was driven by forecasts of a rebound in energy demand next year on the back of China reopening after COVID lockdowns. 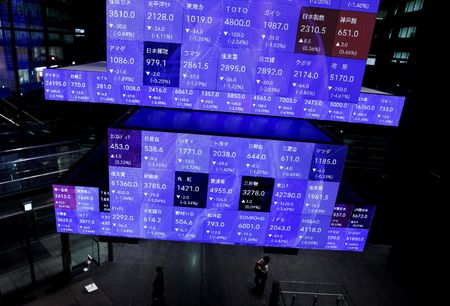