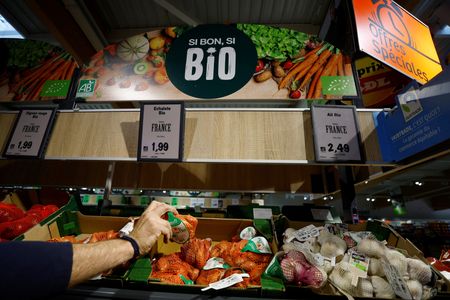 (Reuters) – Pandemic-related disruptions to global supply chains and the knock-on effects of Russia’s war in Ukraine have driven up prices of energy, commodities and necessities.

Here’s how governments are trying to help hard-hit consumers and companies:

* Mexico will raise the minimum wage by 20% next year after an agreement was reached between employers, labour representatives and the government.

* The transitional government of Brazil’s president-elect hopes to exempt the “Bolsa Familia” welfare program and some public investments from a constitutional spending cap. The country’s oil giant Petrobras has cut fuel prices multiple times this year.

* Argentina agreed with major oil firms operating in the country to cap fuel price increases. The government has also signed a deal with supermarkets and suppliers of mass consumer goods to freeze or tightly regulate prices of some 1,500 products, and raised the income tax threshold.

* European Union countries are racing to reach a deal on a gas price cap by Dec. 13. The bloc’s members are considering a slightly lower gas price cap than the one proposed by the European Commission, documents seen by Reuters showed.

* Germany’s Cabinet in November approved a planned cap on gas and electricity prices in an expedited process. The government has set out a 200 billion-euro ($210.08 billion) “defensive shield” and agreed to nationalise gas importers Uniper and Sefe.

* Slovakia will spend 6 billion euros to cap energy prices for households next year.

* Hungary’s government said a potential extension of a price cap on fuels next year will depend on information whether oil and gas group MOL can ensure supply.

* Spain’s banks and the country’s two biggest unions agreed to raise wages of employees in the sector by 4.5% in 2023 compared with 2022. The government and banks also agreed in principle on mortgage relief measures for more than 1 million vulnerable households.

* Italy’s government will spend some 21 billion euros next year to help firms and households with energy costs.

* Britain unveiled a scaled-back version of an existing cap on energy bills and announced it would raise pensions and welfare benefits in line with inflation.

* France is fully nationalising nuclear energy group EDF. The government will cap household power and gas price increases at 15% next year and is helping struggling small and mid-sized companies.

* Poland will cap electricity prices for small businesses, hospitals and households in 2023, and raise the minimum wage twice.

* Portugal’s regulator will limit electricity price rises to 2.8% next year for hundreds of thousands of households and small businesses.

* Japan will spend $200 billion on a package including electricity and gasoline bill subsidies. It had already announced a record minimum wage hike and a $103 billion relief bill.

* Indonesia has extended loan forbearance for some businesses that are yet to recover from the COVID-19 pandemic. The government in September ordered regional heads to keep food inflation below 5%.

* The Philippines’ president has ordered agencies to continue supporting the most vulnerable sectors through cash aid and fuel discounts.

* Thailand on Nov. 15 agreed to extend an excise tax cut on diesel until Jan. 20.

* India is weighing up the release of wheat state reserves into the open market to cool prices while axing the 40% tax on imports, government sources said. In September it restricted exports of rice to boost supply and calm local prices.

* Turkey in July raised the minimum wage by about 30%, adding to the 50% rise seen at the end of last year.

* Tunisia’s government in September signed a deal with a major labour union to raise public sector pay and the minimum wage.

* Botswana in July cut VAT by 2% for six months.