“These parking systems have been very much a foothold in the very luxury vehicle market today. Aisin’s solution is designed to make this more mainstream, because the solution itself is designed to fit into a very cost effective module,” Wayne Lyons, AMD’s senior director for the automotive market told Reuters.

The chip is called the Zynq UltraScale+ MPSoC and was developed by Xilinx, which was acquired by AMD this year. Xilinx specializes in chips called FPGAs, or field-programmable gate array. Their circuits can be reconfigured after the chip is installed in things like cars. This will allow automakers to update not only software, but also the chip, after the car is sold, Rehan Tahir, AMD’s senior product marketing manager for automotive told Reuters.

Tahir said the Aisin auto parking system will start production on 2024 models, but declined to say which car brands would use it.

Aisin is a member of the Toyota Group of companies. Toyota Motor Corp. introduced one of the first parking assist systems in Japan in the early 2000s. The system, which guides vehicles into parking spaces, was offered in 2006 in the United States on the top-of-the-line Lexus LS sedan, and now is marketed on a wide range of Toyota and Lexus models, including the Prius.

Tahir said the Aisin system works with four cameras and 12 ultrasonic sensors on the car to parallel park and also back into parking spaces. But the human in the car will have to decide if that spot is in a no-parking zone, he said.

(Reporting By Jane Lanhee Lee in Oakland and Paul Lienert in Detroit; Editing by David Gregorio) 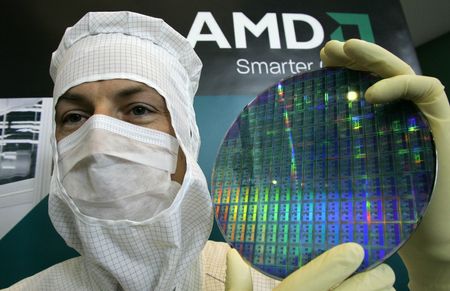