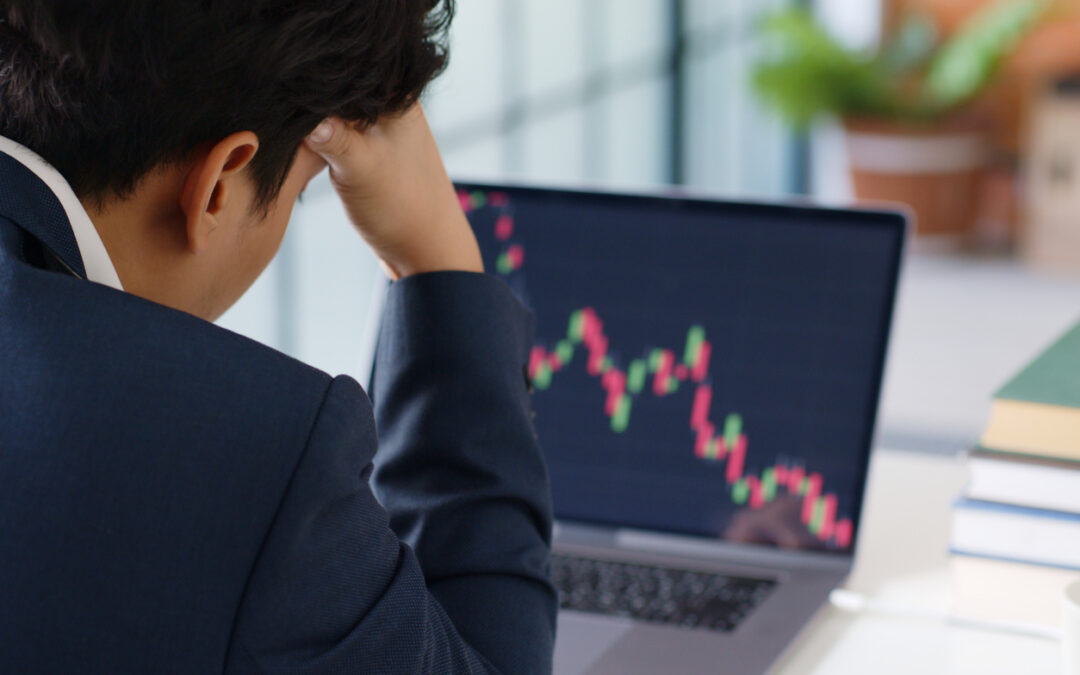 A selloff triggered by disappointing quarterly reports from Alphabet, Microsoft Corp, and Texas Instruments, a semiconductor maker, is signaling a market value wipeout. Despite thrilling investors during the bull market, the days of reporting earnings beyond expectations are over for the Google parent and other big US companies.

Megacap stock slid in premarket trading Wednesday, in what analysts say is set to wipe off $295 billion in market value for these enterprises. Alphabet said it controlled expenses and slowed hiring as the economy falters; indicating plans to gird for tough times ahead. With stocks also down approximately 6% Microsoft offered a lackluster Azure sales forecast.

Has the $5.5 Trillion Tech Selloff Reached Its Bottom?

The news has made it apparent that this year’s tech selloff has reached rock bottom, underscoring growing pressure on digital ad budgets, corporate IT spending, and industrial machinery chips. As a result of investor attention focusing on the economy from Federal Reserve rate hikes and damage to earnings, the Nasdaq 100 index dropped 1.6%.

“We are reading the message that they’re cutting back expenses, and tech has received the memo that the days of speculative dollar spending on new projects are over.” According to an analyst at Mirabaud Securities, Neil Campling, “margin resilience is now the focus.”

According to Bloomberg data, Alphabet has reported three straight quarters of disappointing earnings, which is its longest downward streak in seven years. Before this year, the company had only missed one estimate since the end of 2017, having beaten expectations nine quarters in a row.

Fellow megacaps Meta Platforms, Amazon Inc., Apple, Tesla, and NVidia Corp, saw drops between 0.7% and 3.95. On course for its worst annual performance since 2008, the tech gauge has plunged more than 28% this year, but investors and analysts are optimistic for other giants reporting this week.

“Once the expected reverse wealth effect grips the markets, a stronger dollar will continue

hurting businesses’ forward earnings while consumer demand falls,” said a strategist at Saxo Capital Markets, Jessica Amir. “The economy is at a tipping point globally, and pressure remains on riskier asset classes like tech,” she confided.

Data also shows that Amazon.com and Facebook’s parent Meta Platforms have missed on earnings in three of the four past quarters. While Apple and Amazon are expected to publish their revenues on Thursday, Meta’s earnings came out Wednesday.

However, Tuesday’s results showed widespread weakness for Microsoft, throttled by faltering ad revenue, slumping PC demand, and a surging dollar. According to analysts, theirs was the weakest quarterly sales growth in five years, and forecasts point to a slowdown.

As spiraling inflation crimped digital advertising growth, sales rose beneath expectations at Alphabet’s search engine and related businesses. Amazon fell 4.1%, the Google parent’s stock sank by 9.1%, while Microsoft declined by 7.7% to finish its worst day since 2020.

The selloff extended to tech giants and consumers, especially those relying on online advertising for sales. Pinterest and Meta platforms saw drops of 2.4% and 5.6%, respectively, leading to the NASDAQ index’s worst annual performance since 2008.