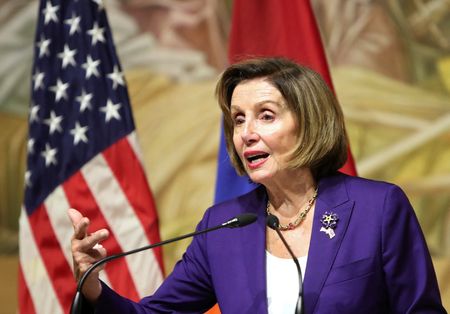 ZAGREB (Reuters) – U.S. House of Representatives Speaker Nancy Pelosi said on Monday that Iran was making the world less safe by supplying Russia with drones to be used against targets in Ukraine.

“First of all we have to be able to counter the drones… it is a dangerous technology and it must be stopped,” she said.

Pelosi arrived in Zagreb on Monday to attend a forum aimed at supporting Ukraine’s independence and the return of the Crimean peninsula to Kyiv.

“We’ve been trying for a while now to have a nuclear agreement with Iran so that we can make the world a safer place and now they’re going off aiding the Russians and making the world a less safe place,” Pelosi said.

Iran has denied supplying drones to Russia for use in Ukraine.

Pelosi, who visited the war-torn country earlier this year, has been a strong supporter of providing aid and military assistance to Ukraine since Russia invaded on Feb. 24 in what it has called a “special military operation.”

The Crimea Platform summit, which is being held in the Croatian capital of Zagreb, will hear from Ukrainian government officials and outside experts focusing on Crimea’s reintegration after Moscow’s annexation of the Eastern European peninsula from Ukraine in 2014. 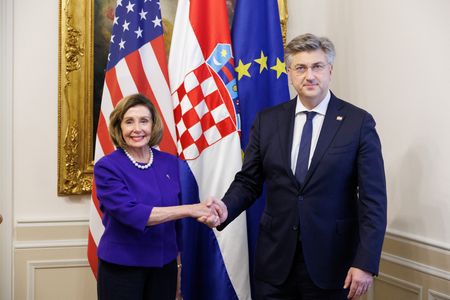