REUTERS EVENTS-U.S. is talking to companies about drug price negotiations 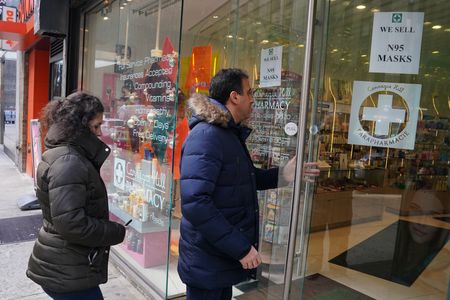 CHICAGO (Reuters) – The U.S. government is holding talks with health insurers and drugmakers as it sets up the framework for direct negotiations of prescription drug prices for Medicare recipients, a top Biden administration official said on Friday.

President Joe Biden in August signed into law the Inflation Reduction Act, which among its provisions for the first time allows the federal Medicare health plan for people age 65 and older and the disabled to negotiate prices on some of the most expensive drugs.

“We’re in the process of figuring out what questions people need answered from us, whether it’s health plans who are trying to figure out how are they going to incorporate what we’re doing into the benefits for people, thinking about the companies and how are they going to submit the data,” she said.

CMS needs to collect data so it can identify the first 10 drugs that will be subject to negotiations, a list that will expand to 20 by 2029.

It has started hiring for a new negotiation team this fall, Brooks-LaSure said, and will continue to do so over the coming months.

Government negotiation of drug prices represents a rare legislative defeat for the powerful pharmaceutical industry and sets a precedent for curbing rising prescription drug prices in the world’s most lucrative market for medicine. Still, Brooks-LaSure said the talks were so far collaborative.

“The feeling that I get from the stakeholders that we are meeting with right now is a feeling of we may not agree on what the law asks us to do, but there is a desire for it to work well,” she said.

Health officials are also talking to insurers and drugmakers about moving sales and distribution of COVID vaccines and treatments to the private sector, she added. The government expects its supplies to run out over the next year and is preparing for them to be sold via the commercial market.

“That is a conversation that we are engaged with, and meeting with payers, meeting with companies, and really trying to answer the questions that will come when we get out of the public health emergency.”

Some experts have said they expect the official COVID-19 public health emergency designation will expire in January.

“I don’t know when the public health emergency will end, exactly,” Brooks-LaSure said. “But we know that we are in a different place than we were a couple of years ago.”

(Reporting by Bianca Flowers in Chicago; Writing by Ahmed Aboulenein in Washington; Editing by Bill Berkrot)