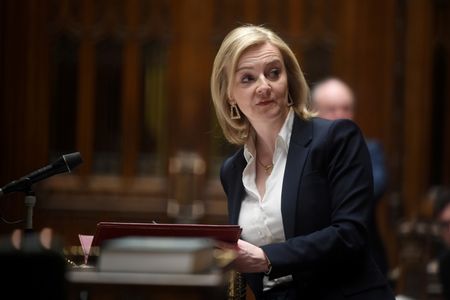 LONDON (Reuters) – To the strains of Britain’s national anthem, a national newspaper on Thursday declared a lettuce the victor in a race to see if it could outlast Liz Truss, after the under-fire prime minister resigned.

The tabloid Daily Star set up a live feed on Friday showing the unrefrigerated iceberg next to a photo of Truss, asking readers: “Which wet lettuce will last longer?”

It later expanded the tableau, adding a wig, a face and grasping hands to the vegetable, as well as two British flags, a pasty on a plate and a red mug bearing the legend “Keep Calm and Carry On”, a slogan used to raise morale in Britain during World War Two.

More than 12,000 Twitter users were watching the feed as Truss announced her resignation outside the prime minister’s Downing Street residence.

Moments later, as viewer numbers hit 21,000, “God Save the King” rang out as a hand reached across the table and set Truss’s photo on its back and the caption “The lettuce has outlasted Liz Truss” appeared.

The stunt echoed a comment at the other end of Britain’sjournalistic spectrum. In a column published last week titled”The Iceberg Lady”, the Economist magazine described Truss ashaving “the shelf-life of a lettuce”. 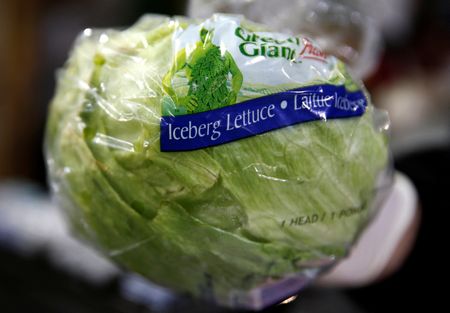 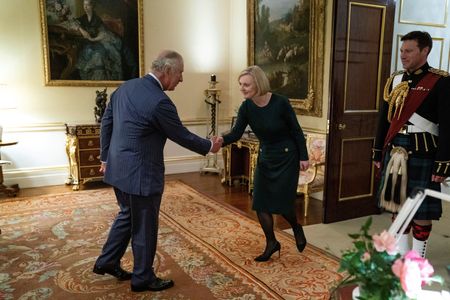