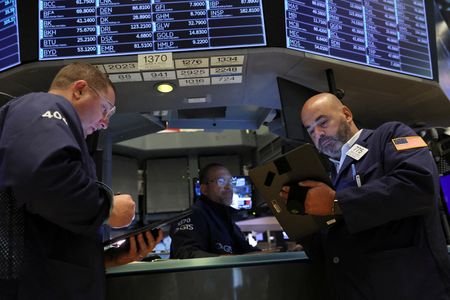 NEW YORK (Reuters) – U.S. stocks kicked off the trading week on Monday with a rally after Britain reversed course on an economic plan, while Bank of America was the latest financial company to post solid quarterly results, which lifted optimism about the corporate earnings season.

Bank of America Corp shares surged 6.06% as the lender’s net interest income was buoyed by rising interest rates in the quarter, even though it added $378 million to its loan-loss reserves to buttress against a softening economy.

Overall, higher rates boosted interest incomes for lenders in the third quarter, giving investors hope the current earnings season will be able to hurdle a lowered bar of expectations. The earnings growth estimate for the quarter is 3%, according to Refinitiv data, down from 4.5% at the start of the month and 11.1% on July 1.

“In a fragile market like this, any type of good news in the margin can go a long way,” said Emily Roland, co-chief investment strategist at John Hancock Investment Management in Boston.

“There is better sentiment around what is happening in the UK, financials earnings are being supported by a number of factors, better net interest margins are one key element, higher rates are going to be good for the banks so Q3 earnings maybe are looking a little less bad than feared, I would put it, maybe not necessarily better than feared.”

U.S. equities remain mired in a bear market, after struggling through September, historically a tough month. Analysts said to better stock valuations entering what is traditionally a stronger period for stocks were also supporting Monday’s rally. Aggressive Federal Reserve interest rate hikes could be a stumbling block though.

“Right now the Fed owns the market, Fed policy is the key driver, they are implementing the most aggressive tightening in the shortest amount of time that we have seen in our generation and it is important to remember that Fed policy, it works with a lag,” said Roland.

Data on manufacturing in the New York region was weaker than expected, adding fuel to expectations a pivot by the Fed may be on the horizon.

Shares of Goldman Sachs, which will post results on Tuesday, advanced 2.24% following reports of a plan to combine its investment banking and trading businesses.

Tesla Inc, Netflix and Johnson & Johnson are among companies expected to report results later in the week.

Volume on U.S. exchanges was 10.65 billion shares, compared with the 11.52 billion average for the full session over the last 20 trading days.

Advancing issues outnumbered declining ones on the NYSE by a 4.79-to-1 ratio; on Nasdaq, a 2.98-to-1 ratio favored advancers. 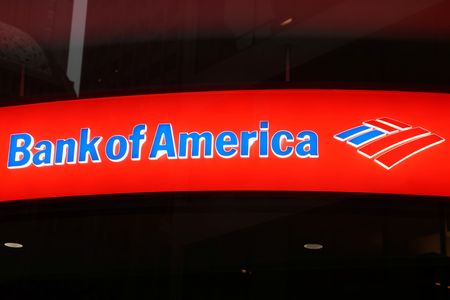