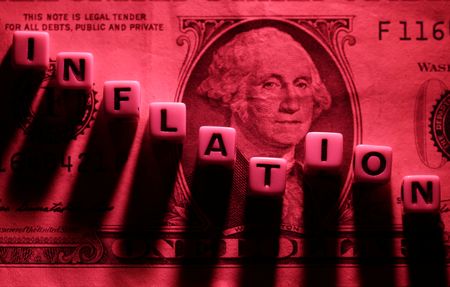 By Ann Saphir and Howard Schneider

(Reuters) -The Federal Reserve is seen delivering another large interest-rate hike in three weeks’ time and ultimately lifting rates to 4.75%-5% by early next year, if not further, after a government report showed inflation remained stubbornly hot last month.

Traders of U.S. interest-rate futures piled into fresh bets on a more aggressive Fed, even pricing in a one-in-three chance that the Fed drives the policy rate above 5% next year, after a Labor Department report showed the consumer price index jumped 0.4% in September from August. From a year earlier, prices rose 8.2%, far above the Fed’s 2% target.

“Our policies have not really bitten as much as they need to for us to get to a better place,” Atlanta Fed President Raphael Bostic told Reuters on Wednesday, before the report.

The Fed has raised interest rates faster this year than any time since the early 1980s, when inflation was even higher and so entrenched in day-to-day American life that it took pushing short-term borrowing costs — and the unemployment rate — into double digits before price pressures finally receded.

Policymakers hope to avoid anything like that this time around. But analysts say chances of skirting a rate-hike-induced recession are fading fast, particularly because of price pressures in categories such as shelter that tend be sticky, and ongoing labor market tightness that is feeding wage pressures.

Shortages in labor and in housing, wrote Jefferies’ economist Aneta Markowska, will put a “floor” for underlying inflation at around 4%, “and we think breaking that floor will require substantial labor market weakness, which makes a recession unavoidable.”

Before the report, traders had all but priced in a fourth straight 75-basis-point hike at the close of the Fed’s Nov. 1-2 meeting. That is still the dominant view, though futures prices now also reflect about a one-in-10 chance of a full percentage-point rate hike next month. The Fed’s policy rate is currently 3%-3.25%.

By year end, traders now expect the rate to reach 4.5%-4.75% — the level Fed policymakers had just three weeks ago seen taking until next year to reach — and topping out around 4.85% by March of next year.

Futures prices also reflect about a 35% probability of rates rising above 5%, validating the long-held view of some analysts who have argued the Fed will at least that to puncture price pressures, and that unemployment, now 3.5%, will likely shoot up as well.

“Broadly speaking, we see this as supporting our call for a terminal rate of 5% to 5.25%,” wrote LH Meyer economists, higher than Fed policymakers had themselves signaled just three weeks ago, “higher than markets have been pricing, and higher than markets are pricing even after this report.”

Fed policymakers have raised interest rates sharply this year, from near-zero just seven months ago. Most global central banks are also raising rates fast, and stock prices around the world have fallen as investors and economists expect growth to slow in response.

Despite those concerns, most policymakers are so far more worried about raising rates too little than doing too much, and are intent on pushing rates higher until they see progress on inflation, which is eroding Americans’ purchasing power at a faster pace than at any time in 40 years.

The result, analysts fear, will be a Fed that goes too far, forcing it to reverse course late next year to offset what by then could be a full-blown recession.

“With the (Fed’s) backward-looking reaction function intensifying overtightening risks, we now expect the Fed to cut the funds rate by 75 (basis points) in the final three meetings of 2023,” Barclays economists wrote on Thursday.

Traders are pricing a smaller 30 basis point rate cut toward the end of 2023, rate-futures contracts traded at CME Group show.