SpaceX To Take Entrepreneur Dennis Tito on Starship Around the Moon 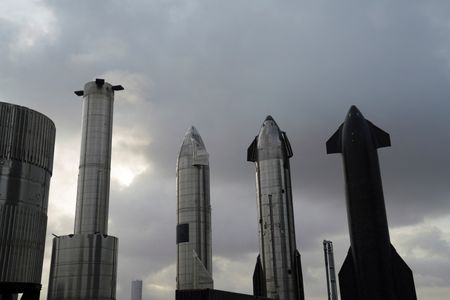 (Reuters) – Billionaire Elon Musk’s SpaceX said on Wednesday that the world’s first space tourist Dennis Tito and his wife Akiko have signed up to fly around the moon on the space exploration firm’s Starship rocket.

Engineer turned financial analyst Tito, 82, was the first private individual to pay for a trip to space on Russia’s Soyuz TM-32 mission in 2001, when he spent nearly eight days aboard the International Space Station.

The SpaceX flight’s roughly week-long journey will see the rocket travel within 200 kilometers of the moon without landing on its surface.

Tito and his wife are the first crewmembers to be announced for Starship’s second commercial spaceflight around the moon.

SpaceX has not announced a date for the launch of Starship, the focus of Tesla CEO Musk’s ambition to ferry humans and cargo to the moon and Mars. However, the world’s richest person has said he aims to send the rocket to orbit for the first time as early as next month.

A handful of companies including SpaceX and Richard Branson-founded Virgin Galactic are striving to make space travel a reality, while Jeff Bezo’s Blue Origin currently offers sub-orbital joyrides that hit an altitude of about 350,000 feet (106 km).

(Reporting by Akash Sriram in Bengaluru; Editing by Devika Syamnath)