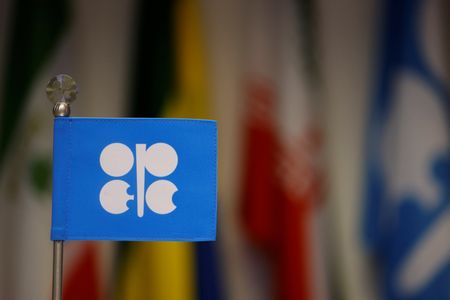 Oil prices fell amid comments from U.S. Federal Reserve officials about rising interest rates and their effect on the economy.

Fed Vice Chair Lael Brainard said the economy is starting to feel more restrictive monetary policy, but the full brunt of the central bank’s interest rate hikes will not be apparent for months.

Brainard’s comments followed remarks by Chicago Fed President Charles Evans that there was a strong consensus at the Fed to raise the target policy rate to around 4.5% by March and hold it there.

“There’s more of the doom and gloom from those folks and what they’re going to do to the economy, because they’re not so convinced they have inflation under control, and that’s the macro play that’s weighing on oil,” said John Kilduff, partner at Again Capital LLC in New York.

The prospect of tightening OPEC+ oil supplies limited declines in prices. The Organization of the Petroleum Exporting Countries and allies including Russia, together known as OPEC+, decided last week to lower their output target by 2 million barrels per day.

But signs that the group’s de facto leader, Saudi Arabia, will continue to serve Asian customers at full levels lowered expectations of the cuts’ impact.

Saudi Aramco has told at least seven customers in Asia they will receive full contract volumes of crude oil in November ahead of the peak winter season, several sources with knowledge of the matter said.

“OPEC+’s decision… will have a muted impact on the oil supply market as actual output cuts will be smaller,” Fitch Ratings said, noting that collectively the group was already producing less than its previous quotas.

Brent and WTI posted their biggest weekly percentage gains since March after the reduction was announced.

However, the cut spurred a flurry of activity in the options market – but with more U.S. bettors opting for a bearish stance, data from CME Group showed.

Concerns over still relatively robust demand as the pandemic has eased meeting potentially scarce supply have been deepened as the European Union late last week endorsed a G7 plan to impose a price cap on Russian oil exports.

The complicated new sanctions package could end up shutting in considerable supplies of Russia crude, analysts have warned.