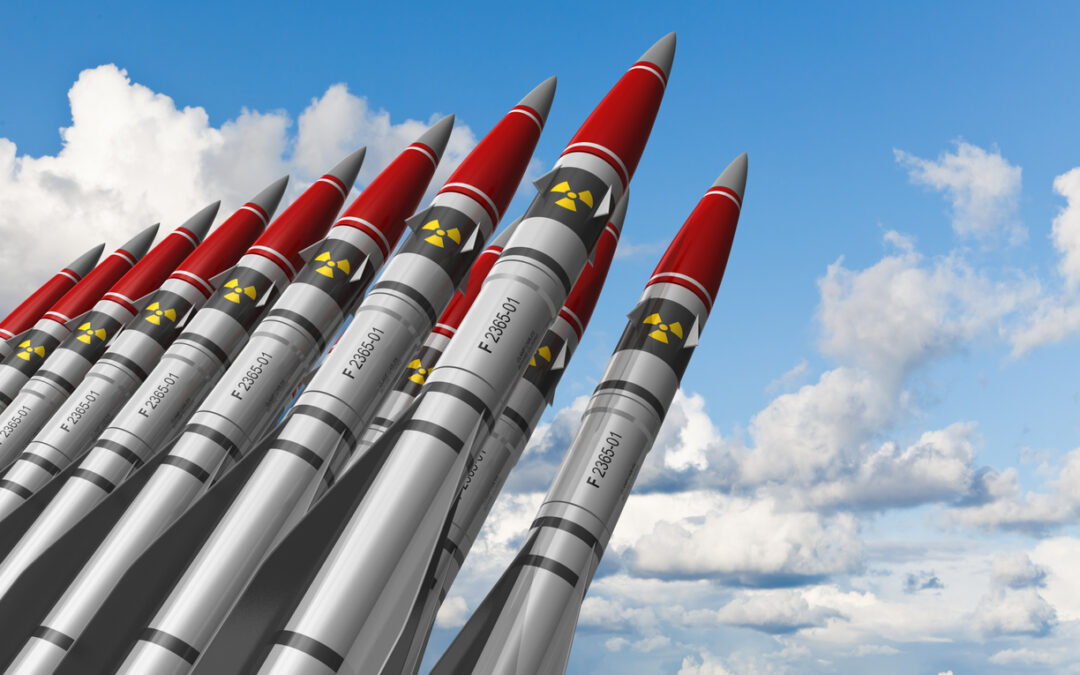 According to President Joe Biden, the world faces the threat of Armageddon should Vladimir Putin carry out his threats against Ukraine. A statement amidst Russia’s loss of territory to Kyiv, his words mark the most significant nuclear threat since the Cuban missile crisis in 1962.

‘We haven’t faced a direct threat of Armageddon since the cold war, and Putin isn’t joking when threatening to use nuclear weapons against his bid to invade Ukraine.’

Biden spoke to party supporters at the home of newspaper empire heir James Murdoch, son of Rupert Murdoch. He was referring to Putin’s repeated warnings that an attack from the west would provoke a nuclear response.

With the Russia-Ukraine war in the seventh month, it’s reported that Kyiv’s forces were recapturing more territory from Moscow. The southern Kherson region includes more than 193 square miles or 500 km sq. taken back from the beginning of October.

‘If the situation continues down the path its going, we shall have a direct threat to the use of nuclear weapons,’ Biden said. ‘That’s because his military is underperforming significantly and he’s talking of potentially using tactical nuclear, chemical or biological weapons.’

Russia’s Vladimir Putin has threatened to ‘use all means necessary to protect Russian soil,’ including the four Ukraine regions he annexed last week. According to Biden, whatever form of nuclear weapon he deploys makes no difference; it’ll end in Armageddon.

Short-range tactical nuclear weapons are for battlefield use, while long-range ballistic missiles are strategically intercontinental. Washington and Moscow have stockpiled such weapons for years since the cold war.

Biden said the prospect of western interference spells defeat to Putin, who turned 70 years on Friday, making him desperate enough to use these weapons. He was referring to this state of nuclear war threat awareness similar to when Nikita Khrushchev faced off with JF Kennedy in 1962 over missile placements in Cuba.

Meanwhile, Ukraine’s president Volodymyr Zelensky said it’s time for NATO to launch a pre-emptive strike against Moscow to preclude the use of nuclear weapons. However, the comments were denounced by Sergei Lavrov, Russia’s foreign minister and Kremlin spokesperson Dmitry Peskov.

Lavrov said Zelensky’s remarks demonstrate why Russia was correct in launching its operation, while Peskov said they are an appeal to start another world war. Although none is under  Russian control, Putin signed a bill this week annexing Ukraine’s Kherson, Donestk, Zaporizhzhia and Luhansk regions.

While these areas represent 15% of Ukraine, since September till earlier this week, Kyiv’s forces have busted through the Russian front. Recaptured regions include the northeast and southern parts, including the main bastion in northern Donetsk and territory on the west bank of Kherso’s Dnipro River.

‘We are seriously attuned to this and we are communicating directly to Russia about the consequences of using nuclear weapons in Ukraine,’ said the White House national advisor, Jake Sullivan. ‘If they went down that dark road, they know the kind of decisive responses to expect from the US.’

On Thursday, Zelensky said the world would never forgive Putin if there were a Russian nuclear strike, saying he understands that he wouldn’t be able to preserve his life. Britain’s Defence Ministry said of the ground war that half of Ukraine’s fielded tanks could consist of captured enemy vehicles.