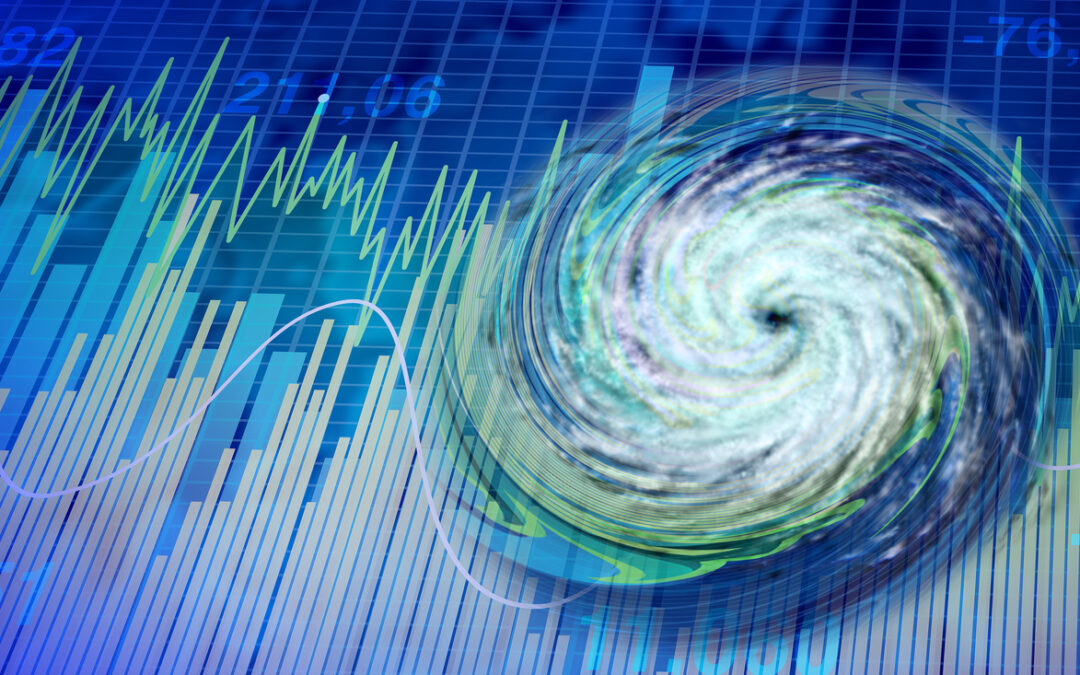 Hurricane Ian is moving onshore as a Cat. 4, with 155mph max winds.

“H​urricane Ian is making landfall as one of southwest Florida’s most intense hurricanes on record, expected to produce catastrophic storm surge, destructive winds and flooding rainfall,” says Weather.com. “Ian will remain at least Category 4, but could make an extremely rare Category 5 landfall this afternoon. Regardless, Ian will be a life-threatening, catastrophic landfall, one of southwest Florida’s strongest hurricanes on record.”

Hopefully, you’re not in its track.

As a result of the storm, the hurricane stocks we mentioned on September 22 are surging, including Generac Holdings (GNRC).

Home improvement stocks, such as Lowe’s (LOW) and Home Depot (HD) are running, too.

Typically, investors bid these retailers since they historically stand to benefit from increased sales of plywood and other home improvement goods.  This segment is “naturally positively exposed to preparation and recovery efforts,” says Morgan Stanley.  These “typically see a boost in sales post-storm as damaged property is repaired.”

Again, if you’re in the path of this storm, be safe and get out of its way.