By Amanda Perobelli and Pilar Olivares

SAO PAULO (Reuters) – A record number of indigenous leaders, most of them women, are running for federal office in Brazil’s election next month, in a backlash against the policies of President Jair Bolsonaro.

As destruction of the Amazon rainforest, invasions of indigenous lands and violence against their peoples have surged under Bolsonaro, several of these candidates say they are joining the political fray with a sense of urgency.

“This election is crucial,” said Sonia Guajajara, head of Brazil’s main indigenous umbrella organization, the Articulation of Indigenous Peoples of Brazil (APIB), who is running for Congress. “Today, it is the women who are taking up the fight and leading the struggle of indigenous people in Brazil.”

Brazil’s electoral authorities have registered 60 indigenous candidates for the two houses of Congress this year, including 31 women – the most on record.

Many say their main objective is to unwind the policies of Bolsonaro, who has stopped demarcating indigenous territory and pushed for mining and industrial farming on existing reservations, emboldening violent land grabs and illegal miners.

Bolsonaro says indigenous people should take up the customs and economic activities of their fellow Brazilians and has decried the protection of native reservations as a barrier to progress.

His office and federal indigenous agency FUNAI did not respond to requests for comment.

“We want a ministry with an indigenous minister, to be part of a possible Lula government,” Guajajara told Reuters.

Indigenous leaders are also pushing to block legislation backed by Bolsonaro and the powerful farm caucus to rule out new reservations on land that was not occupied by native people in 1988, when Brazil’s constitution was ratified. Indigenous people say that policy is illegal because their land rights are guaranteed by the constitution even if they had been evicted.

“This ‘deadline policy’ is how the government will hand over our lands to be destroyed by illegal mining, logging, land grabbers and agribusiness,” said Tereza Arapium, running for a seat in the Rio de Janeiro state legislature.

Deforestation of Brazil’s Amazon has risen to a 15-year high under Bolsonaro, threatening the habitat of many of Brazil’s roughly 300 tribes, considered by environmentalists to be essential in protecting the rainforest.

“Environmental activism is what we already do, it is our way of life. We are the environment,” said Celia Xakriaba, who is running for Congress from the state of Minas Gerais.

Another priority cited by indigenous candidates is reforming institutions meant to protect their peoples and territories, along with the biodiversity of the rainforest.

They say FUNAI will have to be restored after Bolsonaro gutted the agency by reducing staff and replacing anthropologists with police and former military officers.

Brazil’s first indigenous congressman, the Xavante tribesman Mario Juruna, was elected in 1982. He carried a tape recorder because he said he did not trust the word of non-indigenous Brazilians. Four decades passed before the election of another indigenous representative in Congress – a woman, Joenia Wapichana, from the state of Roraima.

In recent years, women have been increasingly common in tribal leadership roles, with more female chieftains taking up the fight to defend their rights.

“I firmly believe in the strength of women to get elected and raise our voices in Congress,” said Vanda Witoto, running for Congress from Manaus, the largest city in the Amazon.

They face a steep challenge in a lower house where farm interests and a large evangelical caucus hold sway, frequently attacking indigenous rights, she said.

“If we are elected, we have a gigantic task to try to stop bills that would open up our territories to mining and agribusiness. We intend to fight them head on,” Witoto said. 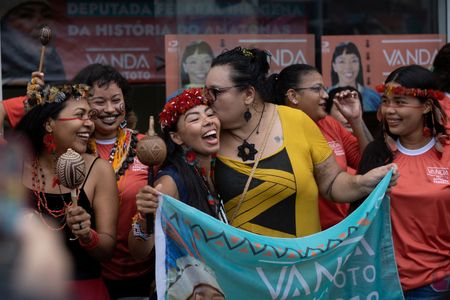 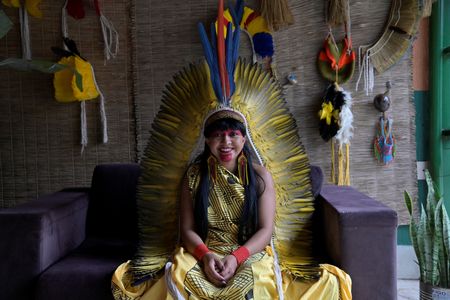 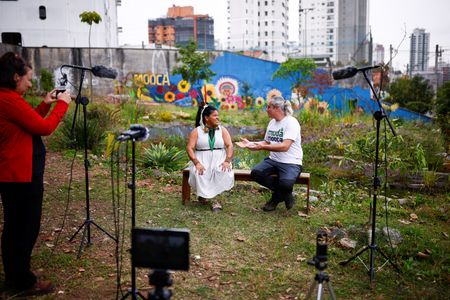 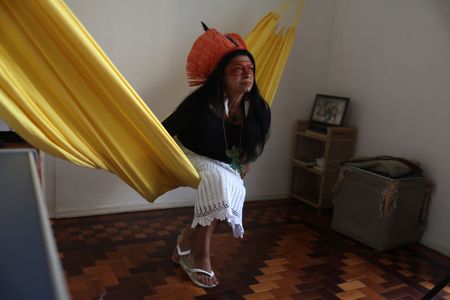