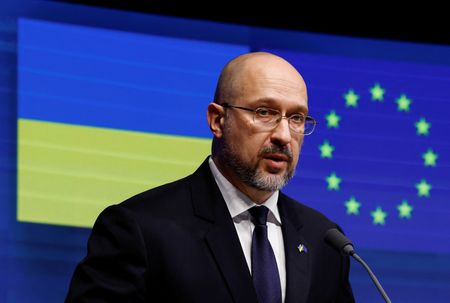 KYIV (Reuters) – Ukraine has reached an agreement with the United States on the supply of 2 billion cubic metres of natural gas over the fourth quarter of 2022 and the first three months of 2023, Interfax news agency quoted the prime minister as saying on Wednesday.

“We now see a successful passage of the winter season. We see sufficient reserves,” Denys Shmyhal was quoted as saying, adding that Ukraine’s winter gas reserves were estimated at 15 bcm following the deal with the United States.