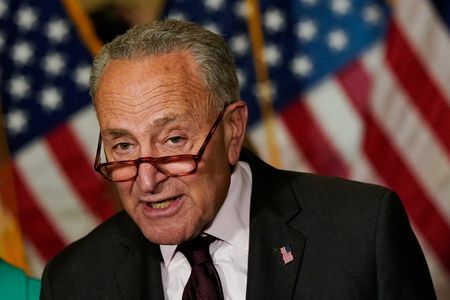 WASHINGTON (Reuters) – A bill aimed at updating federal permitting of energy pipelines and other facilities will be attached to a temporary spending bill that must be enacted before Sept. 30, U.S. Senate Majority Leader Chuck Schumer confirmed on Tuesday.

Schumer’s move comes as an increasing number of Democrats in the House of Representatives are opposing the move to speed fossil fuel projects that would contribute to climate change problems.