Tropical storm threatens to fan California wildfires, but will cool off state 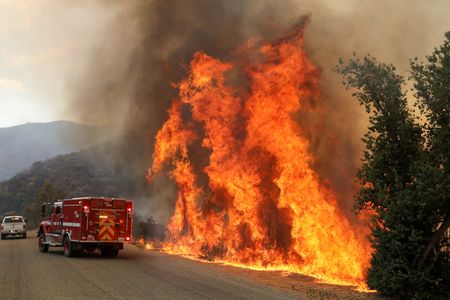 SACRAMENTO, Calif. (Reuters) -A tropical storm approaching Southern California on Friday threatened to bring high winds that could whip up wildfires and heavy rainfall that could trigger flash floods, but the system will also bring relief from a brutal, 10-day heat wave.

Tropical Storm Kay was expected to generate wind gusts of up to 100 miles per hour, potentially fanning the flames of the Fairview Fire, which has already scorched about 27,000 acres (10,926 hectares) in Riverside County, east of Los Angeles.

The fire, which was 5% contained, has already forced more than 35,000 evacuations.

“We could go from a fire suppression event into significant rain, water rescues, mudslides, debris flows. We have challenging days ahead,” said Deputy Chief Jeff Veik of Cal Fire’s Riverside Unit on Thursday during a community meeting.

The storm, which weakened from hurricane force overnight, was threatening Baja California, other parts of Mexico and the U.S. Southwest with heavy rains that could cause dangerous flash flooding, landslides and mudslides, the National Weather Service (NWS) said.

Parts of Baja California could see more than 10 inches (25 cm) while spots in Southern California could get 6 to 8 inches of rain from heavy downpours as Kay pushes inland on Friday and into the weekend, the service said.

“Extended periods of moderate to heavy rain will be capable of producing rural and urban flooding,” the service said. “Those living in areas prone to flooding should be prepared to take action.”

Strong easterly winds of 40 to 50 mph with gusts up to 100 mph were also in the forecast for Southern California, the NWS said, warning that gusts could down trees and power lines and make travel difficult.

The storm will also give California much-needed relief from the scorching heat wave it has endured over the last 10 days, NWS meteorologist Bill South said.

It “will move over us tomorrow and provide us with some cloud cover and maybe some light rain and much cooler temperatures,” he said.

The forecast of cooler temperatures follows a string of days when conservation efforts helped the power grid avoid rotating outages, according to the California Independent System Operator (ISO), grid operator for most of the state.

ISO Chief Executive Elliot Mainzer said that while the lower temperatures were decreasing, overall demand for electricity, cloud cover and smoke would reduce the state’s critical supplies of solar energy by as much as 60% compared to earlier in the week.

“Our colleagues down in Southern California today really have their work cut out for them as we go from one extreme weather condition to the next,” Mainzer said, noting utilities could also face challenges keeping the lights on if heavy rain and winds prompt floods or mudslides.

By mid-afternoon, however, his agency’s website showed that demand for energy was not outstripping supply.

Edison International’s Southern California Edison utility, which serves five million customers in the southern third of California, was considering shutting off power to about 53,000 customers on Friday in order to lessen the risk of power lines igniting wildfires.

“The utility’s concern is the short window of time before the rains start. We don’t want any of the utility’s equipment to cause wildfires during that time,” said company spokesman David Song.

The ISO wants consumers to conserve energy during the late afternoon hours when the sun begins to go down and less solar power is generated. Renewable energy including solar power has provided about a third of the grid’s electricity during the middle of the day, but far less once evening falls. 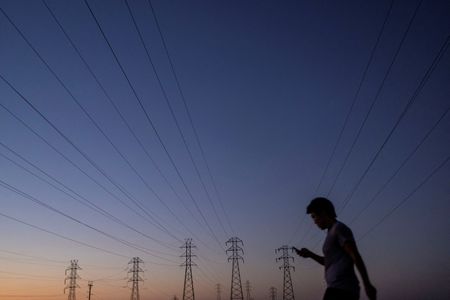 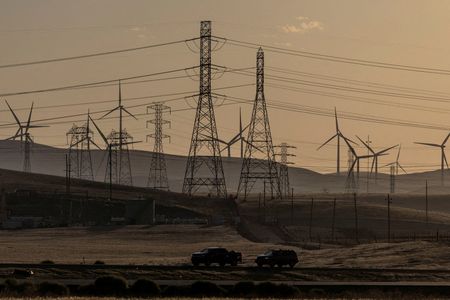