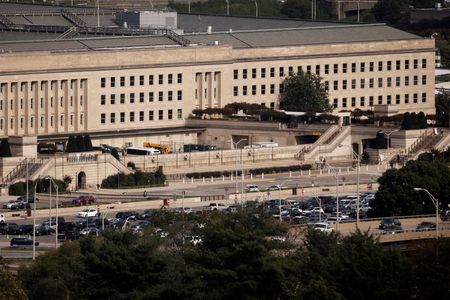 WASHINGTON (Reuters) – The U.S. Pentagon has stopped accepting new F-35 jets after it discovered a magnet used in the stealthy fighter’s engine was made with unauthorized material from China, a U.S. official said on Wednesday.

An investigation that gathered steam in mid-August found that an alloy in the engine’s lubricant pump did not comply with U.S. procurement laws that bar unauthorized Chinese content, said Pentagon spokesperson Russell Goemaere.

Goemaere confirmed the magnet does not transmit information or harm aircraft, and that there are no risks involved.

Lockheed Martin, which manufactures the jets, said “the issue is related to a magnet on the F-35 Turbomachine manufactured by Honeywell that includes cobalt and samarium alloy.” Honeywell International Inc, who makes the pump, said it “remains committed to supplying high-quality products that meet or exceed all customer contract requirements.”

An alternative source for the alloy will be used in future the Joint Program Office said in its statement. There are other Chinese-origin magnets on the jet which have received waivers from past Pentagon officials.

(Reporting by Mike Stone in Washington; Editing by Bernadette Baum and Josie Kao)