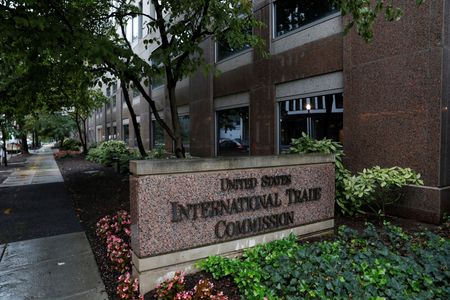 In its complaint on July 28, Ampt LLC requested the U.S. ITC to ban imports of SolarEdge power systems and components that allegedly infringe two of its patents.

The U.S. ITC said it will set a target date to complete the probe within 45 days after initating the investigation.

Ampt is also seeking a ban on the sale of these products in the United States after they are imported.

“We appreciate the Commission’s decision to investigate SolarEdge’s unlawful use of our proprietary technology without asking our permission or compensating us,” Ampt Chief Executive Officer Levent Gun said in a statement.

Israel-based SolarEdge, whose shares fell 2.94% on Monday, said both the companies have been litigating a dispute involving patents before the U.S. Patent and Trademark Office (USPTO), which has awarded SolarEdge the priority of invention.

“It appears that having lost before the USPTO, AMPT is now shopping around its claims to other courts. SolarEdge anticipates a vigorous defense of these new cases,” SolarEdge said.