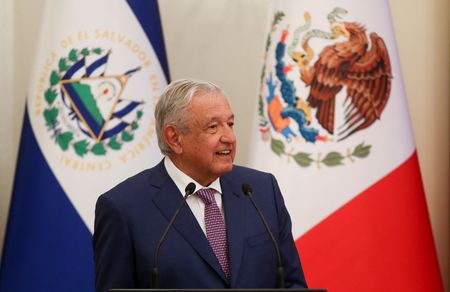 Speaking at a regular news conference, Lopez Obrador said he thought the U.S.-led demand for dispute settlement talks with Mexico should not have been launched.

“It can be resolved because we have the willingness to do so, and I believe the government of the United States does too,” he said, stressing that foreign investment from Mexico’s top trade partner was robust. “We both need each other,” he added.

The United States on July 20 called for settlement talks, arguing Lopez Obrador’s energy policies discriminated against its companies, and making for the biggest spat to emerge under the United States-Mexico-Canada (USMCA) trade agreement.

Under USMCA rules, if the complaint is not resolved within 75 days, a dispute panel can be called to review claims.

Mexico’s foreign minister said on Wednesday he hoped Mexico could fix the dispute before it reaches the panel.