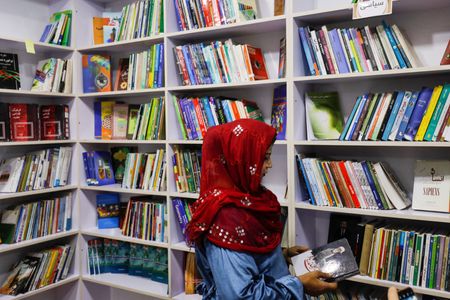 KABUL (Reuters) – Afghan women’s rights activists opened a library in Kabul on Wednesday, hoping to provide an oasis for women increasingly cut off from education and public life under the ruling Taliban.

Since taking over Afghanistan a year ago, the Islamist Taliban have said women should not leave the home without a male relative and must cover their faces, though some women in urban centres ignore the rule.

Secondary schools for girls largely remain closed after the Taliban went back on promises to open them in March.

“We have opened the library with two purposes: one, for those girls who cannot go to school and second, for those women who lost their jobs and have nothing to do,” said Zhulia Parsi, one of the library’s founders.

A Taliban spokesman did not immediately respond to a Reuters request for comment.

The library’s more than 1,000 books includes novels and picture books as well non-fiction titles on politics, economics and science. The books were mostly donated by teachers, poets and authors to the Crystal Bayat Foundation, an Afghan women’s rights organisation which helped set up the library.

Several women’s activists who have taken part in protests in recent months also helped establish the library in a rented shop in a mall that has a number of stores catering to women.

In March, the Taliban made a U-turn on a promise to open girls’ high schools. Most teenage girls now have no access to classrooms and thousands of women have been pushed out of the workforce due to the growing restrictions and Afghanistan’s economic crisis, international development agencies say.

The Taliban say they respect women’s rights in accordance with their interpretation of Islamic law and that since March they have been working on a way of opening girls’ high schools.

Western governments have stepped up their condemnation of the Taliban’s widening elimination of women from public life. Many Afghan women have expressed frustration and called for Taliban authorities to respect their rights. 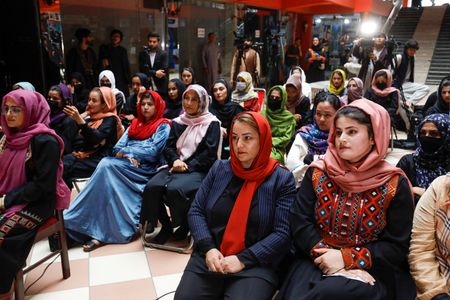 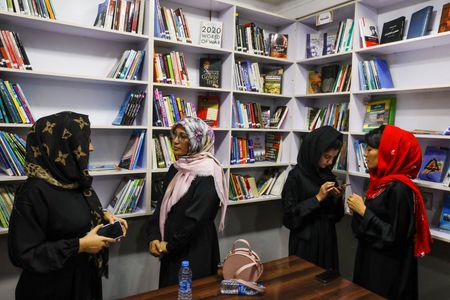