Coca-Cola and McDonald’s left Russia. Their brands stayed behind 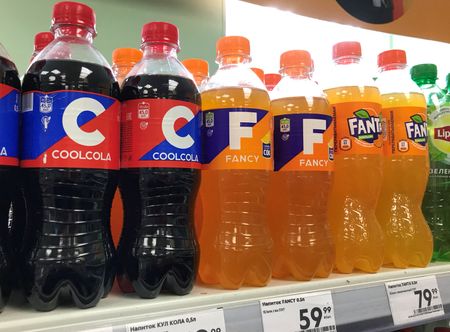 By Jessica DiNapoli and Alexander Marrow

NEW YORK/MOSCOW (Reuters) – Western companies with iconic brands like Coca-Cola that exit Russia face years of battling knockoffs and unauthorized imports clamoring to fill the void they leave behind, a risky bid as courts show little sympathy for firms that depart.

Companies pulled back from Russia this spring after Moscow sent thousands of troops into Ukraine, in response to investor and public pressure. Some, like Coca-Cola Co, finalized their exit in August after five months, while others such as McDonald’s Corp sold their businesses. Some including Procter & Gamble Co partially remained, selling essentials.

They are defending their trademarks to protect their brands from losing value, and in case they ever return to the country, intellectual property lawyers said.

But they face a sea of opportunists, importers and flip-flopping court rulings.

Coca-Cola, first available in the Soviet Union in 1979, is already ensnared in fights against grey-market goods, which are unauthorized imports, and Russian knockoffs of its fruit-infused Fanta line, according to court documents and interviews with attorneys involved.

Other companies’ battles are just beginning as Russian entrepreneurs aim to capitalize on their well-known names as they depart.

Rospatent, the Russian government’s intellectual property agency, is receiving an influx of applications for trademarks of Western brands popular in the country, said Robert Reading, head of content strategy in the intellectual property group at analytics firm Clarivate Plc, which tracks the filings.

But the Russian government this spring adopted a decree allowing businesses to use patents from countries deemed “unfriendly,” such as the United States and United Kingdom, without paying the owner of the intellectual property, putting Western brands on the defensive.

“The big issue in Russia is, will the court support Western brands?” Reading said.

Moscow entrepreneurs Alexander Gershtein and Vadim Ryabchenko, who own a bandage and medical materials manufacturing business, applied for around 20 trademarks including Coca-Cola, Adidas, Mercedes Benz and P&G’s Pampers diaper brand.

Gershtein said his firm may be able to make items such as diapers branded as Pampers and he may license others, if he wins approvals, he said.

“If, for example, the state says it wants to produce…then we will give the state the Mercedes trademark,” Gershtein said. “And there is nothing wrong with that.”

He said he has not yet heard from the companies asking he withdraw his applications.

P&G and Adidas declined to comment. Mercedes Benz did not return requests for comments.

Coca-Cola has so far largely failed to have a Russian judge take its side in cases against grey-market sodas imported from the United States, and competitors with nearly identical names, such as “Fantola,” which have flooded the market.

Importer Pivoindustria LLC has been able to sell thousands of cans of Fanta peach and pineapple and Coca-Cola Cherry – even though the government has not added sodas to the list of goods eligible for parallel imports.

Pivoindustria buys the sodas in U.S. Costco and Walmart stores and is considering importing more, a company executive said. The most recent shipment arrived in Russia in April, said Maxim Sosov, a lawyer for Pivoindustria.

Coca-Cola is seeking a judgment against Pivoindustria, after unsuccessfully trying to order customs to block the soda shipments, Sosov said.

“(The judge) understands parallel imports are good because they are competition, cheaper price, and it is better for consumers,” Sosov said, adding that they also help support Russian businesses.

Coca-Cola has appealed the court’s decisions and has said it “protects its goodwill and reputation where third parties seek to trade off the company’s renowned, worldwide” brand.

Reuters could not attend a court hearing on one of the three cases Coca-Cola filed against Pivoindustria because the Atlanta-based company won the approval of a judge to block public access, a move that Sosov said was illegal. A lawyer for Coca-Cola said the information being considered in the hearing was “not publicly available” and she could not freely make her arguments for imposing a judgment on Pivoindustria.

Coca-Cola in April also appealed the decision of a Russian court to approve beverage company Chernogolovka’s “Fantola” brand prior to the conflict in Ukraine, according to court documents.

“This should, in normal times, be an easy win for Coca-Cola,” said Peter Maggs, a research professor at the University of Illinois College of Law and expert on Russian law. “At this point, Chernogolovka’s only possible argument is that Coca-Cola has abandoned its mark.”

An executive with Chernogolovka told Reuters, however, that “we have already won this lawsuit several times over…in several countries, not just Russia.”

“We continue to insist that what we are doing is not misleading for the consumer,” its CEO Natalia Sakhnina said, insisting that Chernogolovka has never used anyone else’s recipes, designs, names or fonts.

“‘Fan’ is in both words…it is also in ‘fantastic,'” Sakhnina said.

Chernogolovka is aiming for a 50% share of Russia’s near $9 billion soft drinks market now that Coca-Cola is reducing operations, Reuters has reported. The company started making Cola Chernogolovka in May.

German confectioner Haribo, famous for its “gummi” bears, in June filed a notice of opposition with government authorities against an application to use the name “Russian Haribo” in Cyrillic letters, said spokesperson Jennifer Millns.

An entrepreneur in May requested approval to use McDonald’s golden arches and red sign, emblazoned with “Mother’s Borsch” in Cyrillic, for cafes and bars, according to a filing found by the law firm.

In June, another entrepreneur asked for permission to use the sports footwear brand New Balance in Cyrillic letters, according to another filing.

McDonald’s Golden Arches logo was visible and its flagship Big Mac hamburger was still for sale at some franchised locations months after the chain first closed in March.

McDonald’s and New Balance did not return requests for comment. 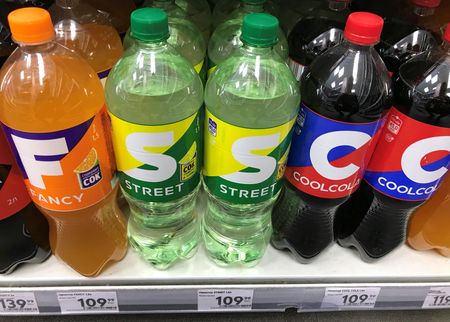 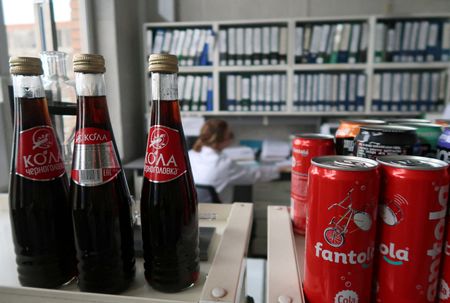