Californians urged to cut power use during extreme heat 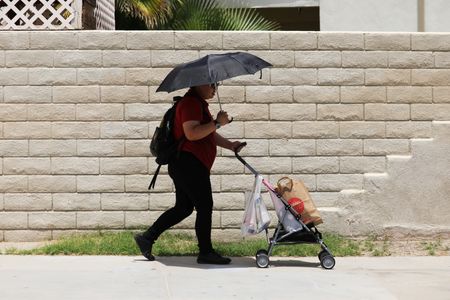 By Brendan O’Brien and Scott DiSavino

(Reuters) – California’s grid operator urged the state’s 40 million people to ratchet down the use of electricity in homes and businesses on Wednesday as a wave of extreme heat settled over much of the state, stretching power supplies to breaking point.

Big Bar, an unincorporated area in the northwest corner of the state, reached 110 F (43 C).

The extreme conditions were the latest sign of the impact of climate change in the U.S. West, where wildfires and severe drought have emerged as a growing threat. As spells of excessive heat become more frequent, the strain on power and water utilities will become more acute, scientists say.

To prevent power outages, the California Independent System Operator (ISO) asked people and businesses to turn off lights and appliances and preset their thermostats to 78F (26C). Reducing usage was especially critical from 4 p.m. to 9 p.m. local time (2300 to 0400 GMT), when demand typically peaks and solar power generation begins to ebb.

The grid operator made similar power usage requests during summer and fall over the past two years, when the region experienced several bouts of record-breaking hot weather. Power systems withstood heat waves in 2021 but rolling blackouts for two days in August 2020 left about 400,000 households without power.

On Wednesday, California ISO projected power demand would peak at 44,919 megawatts (MW), the highest since September 2020 when usage hit 47,236 MW. One megawatt can power around 1,000 U.S. homes on a typical day, but only about half that on a hot summer day.

As a result, power prices during the day in Southern California and in Washington state could climb to their highest since September 2021.

The heat on Wednesday also raised the risk of wildfires. The Wishon Fire, a 350-acre (140-hectare) blaze in the Sequoia National Forest, was 45% contained. (Graphic: https://tmsnrt.rs/3T9z9BB)

On Tuesday, the U.S. government warned that more drastic cuts in water usage were needed to protect dwindling supplies held in reservoirs that are crucial to the well-being of seven Western states.

Two Colorado River reservoirs – Lake Mead and Lake Powell – have fallen to just above one-quarter of their capacity this summer. If they fall much lower, the lakes will be unable to generate hydroelectric power for millions of customers in the West, authorities say. 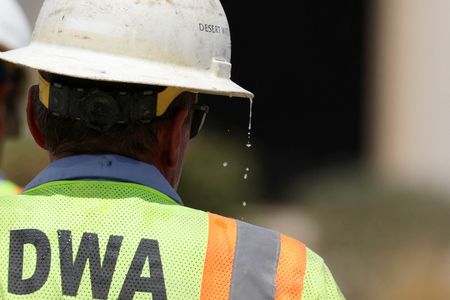