White House says U.S. has nothing to rectify over Taiwan 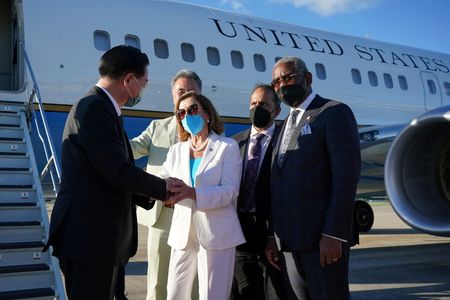 WASHINGTON (Reuters) – The White House said on Friday that the United States had nothing to rectify regarding U.S. House Speaker Nancy Pelosi’s trip to Taiwan, following demands from Beijing that Washington fix its “mistakes.”

White House national security spokesperson John Kirby told reporters at a briefing that it would like to see tensions with China come down immediately but that Beijing’s move to suspend some communication channels was irresponsible.