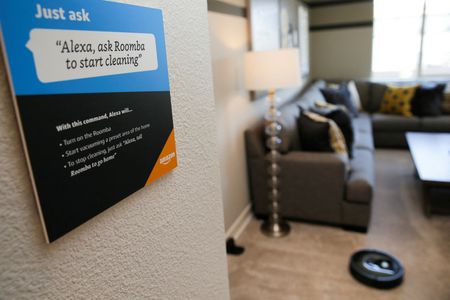 (Reuters) -Amazon.com Inc will acquire iRobot Corp, maker of the robotic vacuum cleaner Roomba, in an all-cash deal for about $1.7 billion in the latest push by the world’s largest online retailer to expand its stable of smart home devices.

iRobot’s stock rose 19% in Friday trading to $59.66. At its peak during COVID-19 pandemic lockdowns, iRobot shares were more than twice that price as hygiene-conscious consumers invested in premium vacuum cleaners.

The acquisition follows through on a vision that Amazon outlined in 2021. Amazon Senior Vice President Dave Limp told reporters, “In five to 10 years, we believe every home will have at least one robot that will become a core part of your everyday life.”

iRobot Chief Executive Colin Angle likewise has said homes should have myriad devices that seamlessly communicate with each other and one day address social challenges such as eldercare.

Amazon’s devices unit only makes up a fraction of company revenue, but the e-commerce giant has steadily expanded its lineup with more speakers showcasing its Alexa voice assistant and with home security doorbells and cameras from Ring, which it acquired in 2018.

Amazon said it would continue to supply iRobot products to other retailers and keep them compatible with other companies’ voice assistants.

Besides sweeping up dirt, Roomba vacuums, costing as much as $1,000, collect spatial data on households that could prove valuable to future smart home technology. One critic, Ron Knox of the Institute for Local Self-Reliance, on Twitter called the deal a privacy “nightmare” because it would expand personal home information in the retailer’s arsenal.

Amazon has said it safeguards customers’ privacy and does not sell their data. Among the information it collects, one consumer found https://www.reuters.com/investigates/special-report/amazon-privacy-lobbying/#sidebar, were records of everything he searched on Amazon, as well as more than 1,000 contacts from his phone and which part of the Quran he listened to.

iRobot’s fortunes took a hit as consumers started rethinking their purchases amid rising inflation. Its second-quarter revenue fell 30% on weak demand from retailers in North America and Europe, Middle East and Africa.

The acquisition comes at a time analysts expect cash-rich technology companies to go on an M&A spree to take advantage of low valuations due to growth pressures. Amazon currently has cash and cash-equivalents of more than $37 billion and announced a deal last month to buy primary care provider One Medical.

“It seems like (CEO) Andy Jassy is going to employ M&A more than (predecessor) Jeff Bezos and it makes more sense to me now that Amazon is bigger and has more cash,” said D.A. Davidson analyst Thomas Forte.

If the deal falls through, Amazon would be required to pay iRobot a $94 million termination fee. Angle would remain iRobot’s CEO on the deal’s completion. 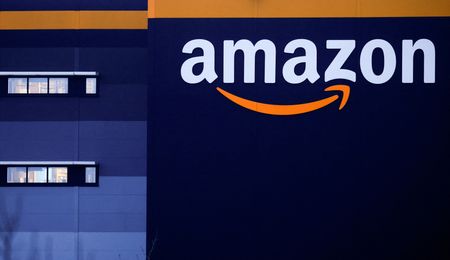