Brittney Griner testifies at her drugs trial in Russia 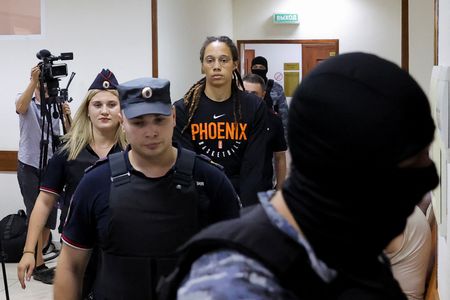 KHIMKI, Russia (Reuters) – Here are some quotes from Wednesday’s testimony by U.S. basketball star Brittney Griner to a Russian court trying her for possession of drugs, after she was detained at a Moscow airport in February with vape cartridges containing hashish oil.

ON BEING DETAINED AT THE AIRPORT

The seven years I’ve been coming back and forth to Moscow multiple times, I’ve never seen so many people working that day. There were a lot of custom agents and people behind the scanners that day. It was a little abnormal.

I walked through the metal detector. And on the other side, I was instructed to come around and open my bag up.

There were documents that I had to sign. I can only assume that they were about the search and the cartridges. We had to use my phone and Google Translate for him (an official) to be able to tell me a little bit.

There was a lady that was there that they said was an interpreter, but it was more just her telling me ‘surname, sign’. Really short words. She didn’t explain the content of the paper. I didn’t know exactly what I was signing.

No, my rights were never read to me. No one explained any of it to me. At that point, I got on my phone and I contacted my spouse, my sports agent and my club team’s translator.

ASKED WHY SHE RETURNED TO RUSSIA IN FEBRUARY

It’s the most important part of the season, after the break. It’s playoffs. The whole season I worked, my team worked hard to get to a good position. There was nothing that was going to change that for me. I didn’t want to let my team down.

I did know about the ‘do not fly’ advisory, but like I said, there was nothing that was going to change my mind on coming back and finishing my duty for my team.

Because of my injuries that I’ve had over the long career of basketball. From my spine, no cartilage in my knee. I was in a wheelchair for four months. I broke my ankle and I also sprained my knee really bad. So I was wheelchair-bound.

ON PACKING BEFORE LEAVING FOR RUSSIA

The medical cannabis that was found in my luggage was my property, purchased in Phoenix.

In the seven years that I came back and forth (to Russia), I never brought any substance that needed to be declared. And I didn’t plan on bringing any substance when I came on Feb. 17.

The rules change everywhere on what you can and can’t bring into the country. And our team is always giving us updates and making sure that we know all the rules for whatever border we’re crossing or country we’re going into.

ON THE CHARGES AGAINST HER

I did not plan or have an intent to bring any cannabis to Russia. I do understand what the charges are against me. For them being accidentally in my bags, I take responsibility. But I did not intend to smuggle or plan to smuggle anything into Russia.

I do plead guilty because of the actions that have happened, but again I did not intend to smuggle or bring any substance into Russia. 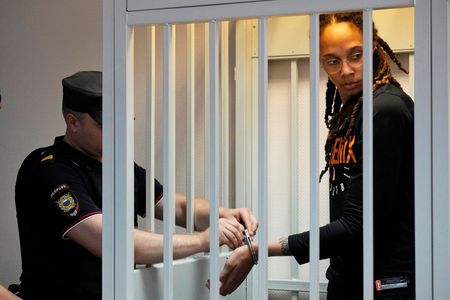 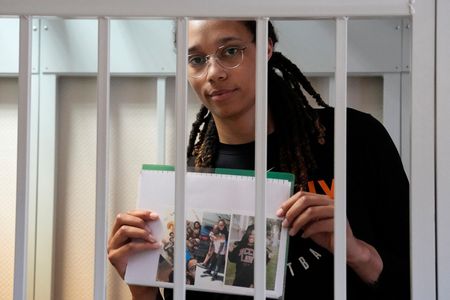