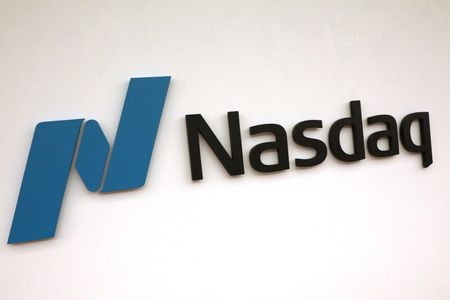 By Mehnaz Yasmin and John McCrank

After stripping out onetime items, including a gain from the divestiture of the company’s fixed income business in the year-ago quarter, Nasdaq earned $2.07 per share, well above analysts’ average estimate of $1.91 per share, according to IBES data from Refinitiv.

Net revenue jumped 6% to $893 million, primarily driven by a 10% rise in revenue in the company’s solutions segment, which includes indexing and analytics, anti-financial crime technology and environmental, social, and governance (ESG) advisory products.

Shares of New York-based Nasdaq were up as much as 5.8% shortly after the market opened, their highest since April 22.

“The company is on the way to becoming more like a SaaS technology provider than a traditional exchange,” Oppenheimer analyst Owen Lau said in a note to clients, referring to Nasdaq’s software-as-a-service push.

Under Chief Executive Officer Adena Friedman, the stock exchange operator has looked to diversify its offerings and reposition itself as a leading financial technology company with an expanding footprint in the software sector, offering analytics, data and cloud services.

The Nasdaq stock market hosted 38 initial public offerings in the quarter, compared with 135 stock market flotations in the year-ago quarter, as companies held off from tapping the markets during the recent downturn.

Earlier this month, Nasdaq was also among large exchange groups that won a ruling against the Securities and Exchange Commission when a U.S. appeals court struck down the regulator’s order that would have allowed some financial firms to have a say in how essential stock market data is priced and disseminated.