Is Warren Buffett’s interest in Occidental a bet against recession? 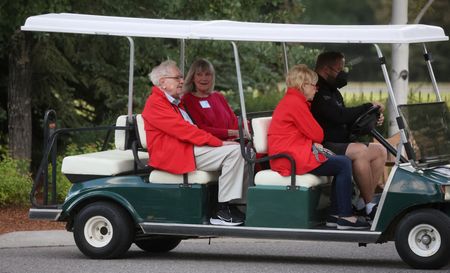 (Reuters) – Warren Buffett’s near 20% stake in Occidental Petroleum has some investors expecting the billionaire to eventually absorb the oil producer and turn it into a “cash machine” that feeds his other investments.

Buffett’s Berkshire Hathaway has been snapping up Occidental shares since 2019, when it bought around $10 billion in preferred stock to help the company finance a deal for a rival. That investment came with warrants for 83.9 million shares.

Buffett, who told shareholders earlier this year that cash is like oxygen, is likely attracted by estimates showing Occidental’s cash flow potential has soared, analysts said. He added 4.3 million this week bringing direct holdings to 179.4 million. The stock is up about 80% so far this year.

Occidental has recovered from the near-death experience of loading up on debt to buy Anadarko Petroleum for $35.7 billion just before COVID-19 pandemic cratered oil demand. An oil recovery has accelerated debt repayments and sliced its interest costs.

Once Buffett crosses 20% ownership, he could book a fifth of Occidental’s profit through its Berkshire Energy subsidiary. Or he could keep going and buy the firm for its cash flow. Occidental’s cash flow will hit $19.36 billion this year from $3.84 billion two years ago, according to Refinitiv.

Some investors think Buffett will follow the same script he did with Burlington Northern Santa Fe Corp. Berkshire started accumulating BNSF shares in 2006 and took it all four years later.

Berkshire held $106.3 billion in cash at the end of March.

“Holding cash is a low return undertaking,” said oil analyst Paul Sankey, who thinks Buffett has plans for that money. “A debt-free Oxy would be a cash machine of the kind Buffett favours,” he said.

A buyout could free up more than $2 billion in this year’s interest expense and administrative costs, estimates Neal Dingmann of Truist Securities. He appraises the chance of a Buffett deal as good.

“It’s almost like an annuity. It’s a great offset for his rail and other businesses,” Dingmann added, referring to BNSF.

A deal would lessen Occidental’s exposure to investor calls to shift from fossil fuels to renewables or to restrain growth in favor of returns. Harold Hamm recently offered to take private Continental Resources, the U.S. oil company he founded, at a $25 billion valuation.

“The opportunity today is with private companies who have the freedom to operate and are not limited by public markets,” Hamm said of his offer.

Not everyone agrees Buffett wants a company in a cyclical industry.

Taking Occidental private does not fit Berkshire’s practice of avoiding boom-bust industries, and would face resistance from Occidental, she said.

“I don’t believe Oxy would go quietly, having demonstrated a desire to remain independent,” she added.

(Reporting by Liz Hampton in Denver; Editing by Stephen Coates) 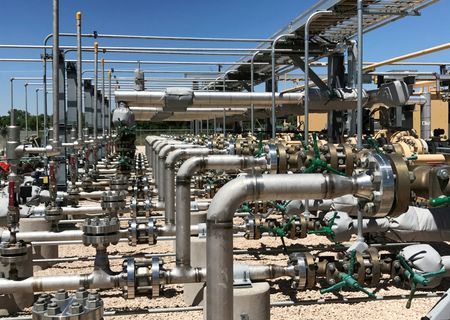