By Lindsay Dunsmuir and Ann Saphir

(Reuters) -The U.S. Federal Reserve is seen ramping up its battle with 40-year high inflation with a supersized 100 basis points rate hike this month after a grim inflation report showed price pressures accelerating.

“Everything is in play,” Atlanta Fed President Raphael Bostic told reporters in Florida, when asked about the possibility.

While he said he still needed to study the “nuts and bolts” of the report, “today’s numbers suggest the trajectory is not moving in a positive way. … How much I need to adapt is really the next question.”

Bostic has been among the bevy of central bankers in recent weeks signaling support for a second straight 75 basis points rate increase at their upcoming policy meeting on July 26-27.

But after Wednesday data from the Labor Department showed rising costs of gas, food and rent drove the consumer price index (CPI) up 9.1% last month from a year earlier, views may be evolving.

Traders of futures tied to the Fed’s policy rate are betting they already have: They are now pricing in a nearly 80% probability of a full percentage-point rise at the coming meeting, according to an analysis of the contracts by CME Group.

That was up from about a one-in-nine chance seen before the report, which also showed core inflation, excluding more volatile food and energy prices, accelerated on a monthly basis.

The expectation that the Fed will get more aggressive to stop inflation is also raising alarm that policymakers will go too far and crater economic growth as well.

Yields on longer-term Treasuries fell, making the so-called yield-curve inversion the most pronounced it has been in more than 20 years.

“The June CPI report was a straight up disaster for the Fed,” wrote SGH Macro Advisors’ Tim Duy. “The deepening yield curve inversion is screaming recession, and the Fed has made clear it prioritizes restoring price stability over all else.”

Other central banks are also feeling the heat with the Bank of Canada on Wednesday raising its benchmark interest rate by 100 basis points in a bid to tame soaring inflation, a surprise move and its biggest in nearly 24 years. [L1N2YU0PO]

Fed Chair Jerome Powell and other policymakers have become increasingly worried that business and consumer expectations of a torrid rate of future price increases could become entrenched. They have shown they will react swiftly when data worsens.

Ahead of its prior meeting in June, the Fed telegraphed a 50 basis points move before pivoting at the last minute to a three quarter point hike on the back of a worse-than-expected inflation report for May, as well as a downbeat consumer inflation expectations survey the same day.

The persistence of such high inflation and the strength of the central bank’s moves needed to quash it are also once again sharpening fears a recession is on the horizon.

A Fed survey of firms across the country published later on Wednesday showed increased pessimism on the outlook for the economy, with almost half of the central bank’s districts reporting firms seeing an increased risk of a recession, while substantial price increases were reported across all districts with “most contacts expect(ing) pricing pressures to persist at least through the end of the year.”

Fed research published this week based on modeling of bond-market yields puts the chance of a recession next year at about 35% if the Fed sticks to its expected baseline rate-hike path, but at 60% if the Fed removes accommodation faster.

“With supply conditions showing little sign of improvement, the onus is on the Fed to hit the brakes via higher rates to allow demand to better match supply conditions. The recession threat is rising,” said James Knightley, chief international economist at ING.

The Fed began tightening policy only in March, and has already raised its benchmark overnight lending rate by 1.5 percentage points. Financial markets now predict that rate will reach the 3.5% to 3.75% range by year end, higher than Fed policymakers themselves predicted just three weeks ago.

A very tight labor market has so far withstood those swift rate hikes, with unemployment remaining at 3.6%, near a historic low. However, that is seen as a double-edged sword as it also raises concerns that such competition for labor will eventually have to cool to ease inflation.

The U.S. Senate on Wednesday confirmed Michael Barr, a former Treasury official, as the Fed’s vice chair of supervision, filling the last vacant seat on the Fed’s seven-member board. 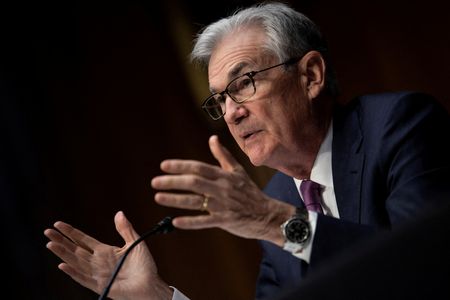 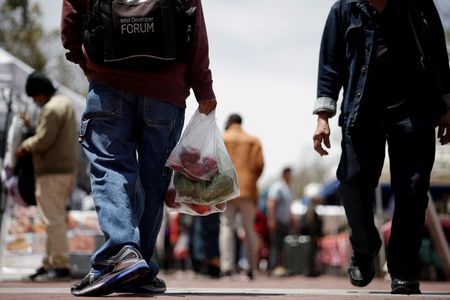 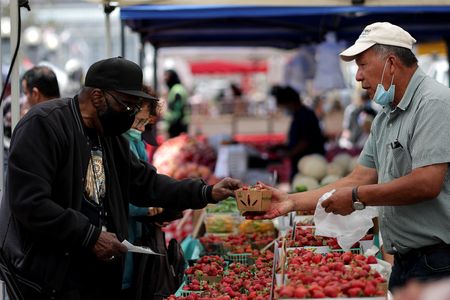 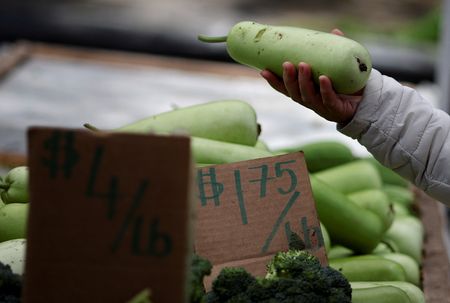 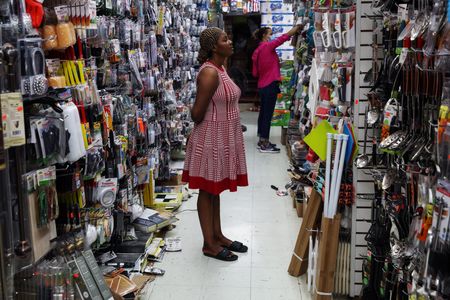