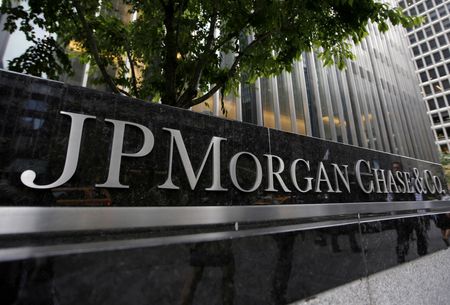 NEW YORK (Reuters) – U.S. equities could see a 7% move up next week as investors rebalance their portfolios after a brutal first half of the year, J.P. Morgan’s chief global markets strategist, Marko Kolanovic, said on Friday.

Next week marks the end of the month, second quarter and first half of the year, making for a busy time for investors with fixed-weight portfolios, who must rebalance their asset exposure to account for past market moves.

While these rebalances typically do not tend to become main drivers for markets, they can assume a more important role when market moves over rebalance windows were large and in the same direction, as is the case now, J.P. Morgan strategists led by Kolanovic said in a note on Friday.

The S&P 500 is down about 14% for the quarter-to-date period, and down 18% for the year, as investors have been spooked by aggressive Federal Reserve interest rate hikes aimed at curbing surging inflation. Meanwhile, bonds, which usually offer investors succor in times of volatility have also sold off, as rising inflation unsettled investors.

Bloomberg’s U.S. Aggregate Bond Index is down about 12% for the year, and off about 6% so far this quarter.

“On top of that, the market is in an oversold condition, cash balances are at record levels, and recent market shorting activity reached levels not seen since 2008,” Kolanovic said.

Based on how markets reacted during recent rebalancings, including at the end of the first quarter and near the end of May, when stocks pared losses as the quarter and month-end periods approached, Kolanovic expects equities to rise 7% next week and bonds to feel moderate downward pressure.

“Of course, rebalances are not the only drivers and the estimated move is assuming ‘all else equal,’” Kolanovic said.