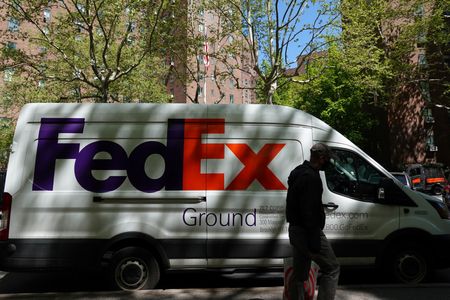 By Nathan Gomes and Svea Herbst-Bayliss

(Reuters) -U.S. parcel delivery firm FedEx Corp on Tuesday tried to ease pressure from hedge fund D.E. Shaw by adding two directors to its board and raising the quarterly dividend by more than 50%, moves that sent its shares soaring.

The company had long been rumored as a potential target for activist investors who had vaguely discussed the idea of breaking it apart. But funds shied away from targeting FedEx as its founder Fred Smith continued to serve as chief executive.

That changed earlier this month when Smith became executive chairman and company veteran Raj Subramaniam took over as president and chief executive officer.

The agreement with D.E. Shaw also gives the investment firm, which has a stake of less than 1% in FedEx, a say in the appointment of a third director at a later date.

FedEx shares were trading 12% higher, after losing more than a fifth of their value this year. The company has performed poorly in recent quarters due to higher costs, stiff competition and a slowdown in parcel volumes after the pandemic boom.

The dividend raise had long been planned and was designed to help boost the share price, said sources familiar with the discussions who declined to be named because the matter was private.

The new directors on FedEx’s board are former railroad executive Jim Vena and Amy Lane, an ex-Merrill Lynch banker who serves as a director at NextEra Energy Inc and TJX Companies Inc.

“We look forward to sharing more detail on our strategy and long-term objectives at our investor day later this month,” Chief Financial Officer Michael Lenz said in a statement.

The company is slated to report fourth-quarter results next week and will hold its investor day on June 28.

(Reporting by Nathan Gomes in Bengaluru and Svea Herbst-Bayliss in New York; Editing by Aditya Soni) 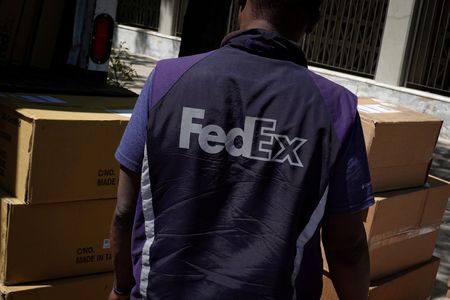