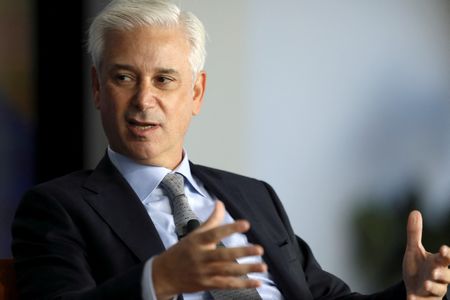 The bank has historically focused on its retail and business customers, and put less emphasis on its trading and corporate dealmaking operations, Scharf said.

In fact, Scharf said, roughly half of the bank’s revenues come from its corporate & investment banking division and the services it provides to middle-market companies.

Scharf aims to grow Wells’ public underwriting business and sell more investment banking products and advisory services to current clients, whom the bank already knows and has vetted and who have gone to rival banks for those services.

“We’ve looked at our own customer base, and… how much those customers pay the Street,” Scharf said, referring to traditional Wall Street banks like JPMorgan Chase & Co, Morgan Stanley and others. “It’s huge — like $4 billion to $5 billion or something. And you look at what we get paid, and it’s teeny.”

“These are folks that we’re already taking the financing risk on. We know them intimately. It’s a $1 billion opportunity just with our own customers.”

Wells Fargo has operated under a $1.95-trillion asset cap since 2018, when the U.S. Federal Reserve ordered the bank to improve its governance and risk controls following sales practice scandals.

As the fourth-largest U.S. lender, and those constrains have limited Wells Fargo’s ability to grow.

Speaking at the conference, Scharf also said the bank is reevaluating and likely scaling back its mortgage business.

“We won’t be as large as we were historically,” Scharf said. 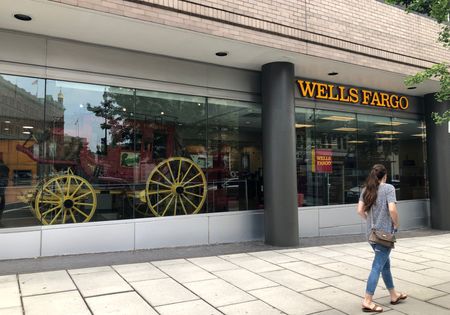