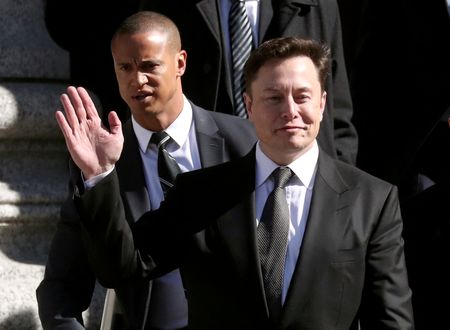 (Reuters) – The U.S. Securities and Exchange Commission (SEC) is looking into Tesla CEO Elon Musk’s disclosure of his stake in Twitter Inc in early April, according to a letter the agency sent to him in April.

Meanwhile, Twitter stock has consistently traded below Musk’s offer price of $54.20 per share since the announcement of the deal on April 14.

Below is a snapshot of the Twitter takeover saga.

May 26 Musk sued by Twitter investors for stock Rises ~6%;

Musk ally to board the next

spam and fake accounts. Later tweets that he before paring

return as CEO if offered the next

after deal closes below offer

May 2 Musk seeks to get more external investors Falls 0.8% in

April 10 Musk says he will not join Twitter board Falls 3.3%

(Reporting by Akash Sriram and Yuvraj Malik in Bengaluru; Editing by Sweta Singh and Shinjini Ganguli)