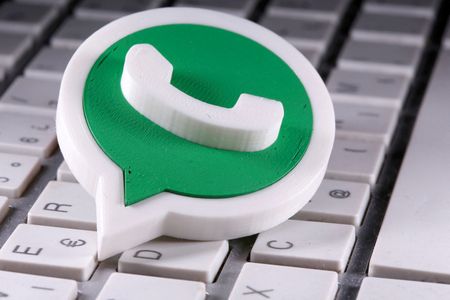 By Elizabeth Culliford and Katie Paul

The messaging service, which has increasingly courted business users, is one of several platforms where Facebook-owner Meta has launched more shopping and business-focused features.

Zuckerberg, speaking at Meta’s “Conversations” event, said the offering would mean “any business or developer can easily access our service, build directly on top of WhatsApp to customize their experience and speed up their response time to customers by using our secure WhatsApp Cloud API hosted by Meta.”

WhatsApp already has an API, or type of software interface, for businesses to connect their systems and engage in customer service chats on the service, which generates revenue for Meta.

Meta, which bought WhatsApp for $19 billion in a landmark 2014 deal, said that businesses would not be able to message people on WhatsApp unless they have requested to be contacted.

WhatsApp also said on Thursday it was planning to provide optional paid features as part of a new premium service for users of its specialized business app, which is geared at small businesses.

Those features, which are still being developed, will include options to manage chats across up to 10 devices and customized click-to-chat links that businesses can post on their websites and share with customers.

Uber CEO Dara Khosrowshahi, speaking in a session with Meta Chief Operating Officer Sheryl Sandberg at the conference, said a third of the users ordering rides via WhatsApp in India are new customers.

The ride-hailing company, which launched its WhatsApp chatbot in December, is now planning to further customize the service starting for users in and around Delhi and expanding to markets like Brazil, he said.