WASHINGTON (Reuters) – U.S. consumer sentiment slumped to its lowest level in nearly 11 years in early May as worries about inflation persisted, but household spending remains underpinned by a strong labor market and massive savings, which should keep the economy expanding.

The University of Michigan’s survey on Friday showed the deterioration in sentiment, which some economists said pushed it into recessionary territory, was across all demographics, as well as geographical and political affiliation. Gasoline prices and the stock market have a heavy weighting in the survey.

Gasoline prices resumed their upward trend this month, setting an average record high of $4.432 per gallon on Friday, according to AAA. Fears that the Federal Reserve will have to aggressively tighten monetary policy to bring down inflation have unleashed a massive equities sell-off on Wall Street.

“But confidence has been a poor guide to consumption growth in recent years, so we would not read too much into that signal,” said Michael Pearce, a senior U.S. economist at Capital Economics in New York. “Just because consumers resent paying higher prices and are suffering limited availability doesn’t mean they aren’t still making those purchases.”

The University of Michigan’s preliminary consumer sentiment index tumbled 9.4% to 59.1 early this month, the lowest reading since August 2011. Economists polled by Reuters had forecast the index dipping to 64. The sharp decline is in stark contrast with the Conference Board’s consumer confidence survey, whose index remains well above the COVID-19 pandemic lows.

The Conference Board survey places more emphasis on the labor market, which is generating jobs at a brisk clip. Wages are also rising as employers scramble to fill a record 11.5 million job openings as of the end of March.

The University of Michigan survey’s gauge of current economic conditions dropped 8.4% to 63.6. That was the lowest reading since 2013, and 36% of consumers attributed their negative assessment to inflation. Its measure of consumer expectations declined 9.9% to 56.3.

Consumers viewed buying conditions for long-lasting manufactured goods as the worst since the survey started tracking the series in 1978. Economists were unfazed, noting that consumers were sitting on at least $2 trillion in excess savings accumulated during the pandemic.

Stocks on Wall Street rebounded after a tumultuous week, while the dollar fell against a basket of currencies. U.S. Treasury yields rose.

There have been worries that high inflation and the Fed’s interest rate hikes, which started in March, could abruptly slow growth or even tip the economy into recession. The economy contracted in the first quarter under the weight of a record trade deficit, but domestic demand remained solid.

Though inflation is likely to remain elevated, signs are growing that price pressures have peaked.

A separate report from the Labor Department showed import prices were unexpectedly flat in April as a decline in the cost of petroleum offset gains in food and other products. Import prices had surged 2.9% in March.

Economists had forecast import prices, which exclude tariffs, would climb 0.6%. In the 12 months through April, import prices rose 12.0% after accelerating 13.0% in the year through March.

Government data this week showed monthly consumer prices increased at the slowest pace in eight months, while the gain in producer prices was the smallest since last September.

With oil prices drifting higher in May, monthly import, consumer and producer prices are likely to pick up.

Annual inflation rates are expected to continue edging lower, though likely to stay above the Fed’s 2% target.

The deceleration is mostly the result of last year’s big increases dropping out of the calculation. The U.S. central bank last week raised its policy interest rate by half a percentage point, the biggest hike in 22 years, and said it would begin trimming its bond holdings next month.

Some of the slowdown in the monthly core import price gains reflect the dollar’s strength against the currencies of the United States’ main trade partners. The greenback has gained about 2.65% on a trade-weighted basis since the Fed started raising interest rates.

“Past appreciation in the U.S. dollar will also put some downward pressure on import prices,” said Ryan Sweet, a senior economist at Moody’s Analytics in West Chester, Pennsylvania. 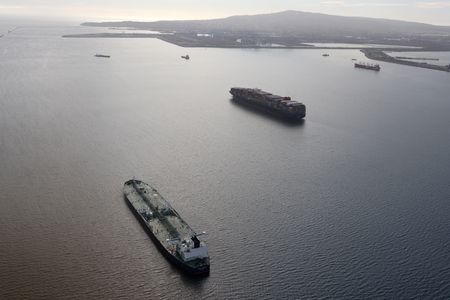