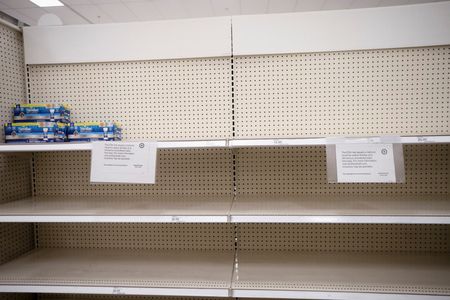 The Biden administration this week has come under increasing pressure to address a baby formula shortage, which has roots in a February recall of some formulas by one of the nation’s main manufacturers, Abbott Laboratories.

“We have stepped up and are killing ourselves to do everything we can,” Kessler said.

Perrigo’s formula manufacturing facilities in Ohio and Vermont are now running at 115% of capacity, Kessler said.

At the request of the U.S. Food and Drug Administration, Perrigo is focusing on four items, the store-brand versions of Similac Pro Sensitive and Pro Advance and Enfamil Gentle Ease and Infant, Kessler said.

The company added that it is making other formulas as well. It also has a smaller business making some national formula brands, including Bobbie.

Perrigo is working with retailers including Walmart and Target Corp so they “get something each week,” Kessler said. Retailers’ allocations are based on an average of what the retailers received prior to “this crisis,” he said.

Some retailers including CVS Health Corp and Target are rationing baby formula.

The White House on Thursday announced steps it is taking to alleviate the shortage, including permitting more imports. President Joe Biden said on Friday he expects more formula on shelves in weeks.

French food and beverage company Danone SA, which also makes infant formulas, said the “unexpected Abbott Nutrition recall in February has led to a surge in demand in the U.S. market.

“We are in discussions with the U.S. authorities to see how we can support them in addressing their shortages.”

Of the total U.S. baby formula market, Perrigo makes up roughly 8%, Kessler said, adding that it has gained share as it has worked to satisfy the soaring demand.

Due to “massive inflation,” Perrigo raised prices by about 3% in the first quarter, Kessler said.

The company has ordered materials to meet the heightened level of demand throughout the year, he said.

Bobbie, a European-style infant formula new to the market, saw its customer count double the first week after the recall of Abbott formulas, and it has continued to climb, CEO Laura Modi told Reuters.

Perrigo manufacturers Bobbie’s formula, but can only meet about 50% of the company’s demand, Modi said, leading it to stop taking new customers. Perrigo can meet 100% of Bobbie’s current customer needs, she said.

Abbott closed its manufacturing facility in Michigan after complaints of bacterial contamination.

The FDA later cited five bacterial infections reported in babies given the company’s formula, including two deaths. Abbott has said its plants are “not likely the source of infection” and is planning on re-opening the facility in the next two weeks. 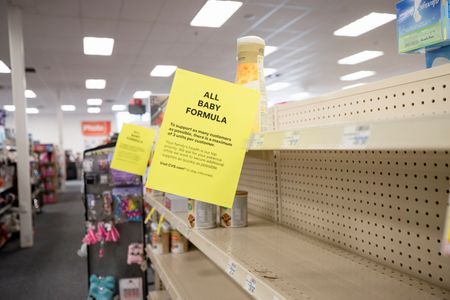 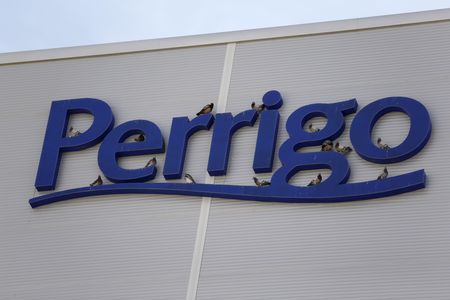