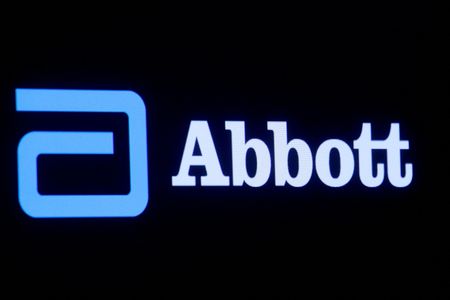 (Reuters) -Abbott Laboratories said on Friday it has air shipped millions of cans of infant formula powder into the United States from its facility in Ireland to address shortages here as it tries to reopen its Michigan manufacturing plant.

The company said in a blog https://www.abbott.com/corpnewsroom/nutrition-health-and-wellness/abbott-update-on-powder-formula-recall.html it was shipping infant formula produced at its Cootehill, Ireland facility to be used by consumers eligible for the U.S. government’s Women, Infants and Children (WIC) nutrition assistance program for low-income families.

Abbott in February recalled some baby formulas, including certain Similac products, made at the Sturgis plant after complaints about bacterial infections in infants who had consumed the products. It is working with the U.S. Food and Drug Administration to reopen the plant.

The company said it has also been working with the U.S. Department of Agriculture (USDA) and WIC agencies. In states where Abbott has the WIC contract, it will pay rebates on competing products if Similac is not available through August.

In a May 13 letter to Abbott Chairman Robert Ford, USDA Secretary Thomas Vilsack asked for the policy to be put in place through August instead of month-by-month.

The company also said it has prioritized infant formula production at its facility at Columbus, Ohio, converting other liquid manufacturing lines into making Similac liquid ready-to-feed.

Lack of supply from Abbott has exacerbated a broad shortage of baby formula, which was been hit by supply chain snags and historic inflation rates.

U.S. President Joe Biden met on Thursday with executives from infant formula manufacturers and retailers, pressing them to do everything possible to get families access.

Separately, the U.S. Centers for Disease Control and Prevention (CDC) closed its investigation on Abbott’s infant formula, with no additional cases of infections, according to a notice on the FDA website.